YA author event with Cora Carmack, author of Rage, in conversation with Mark Oshiro 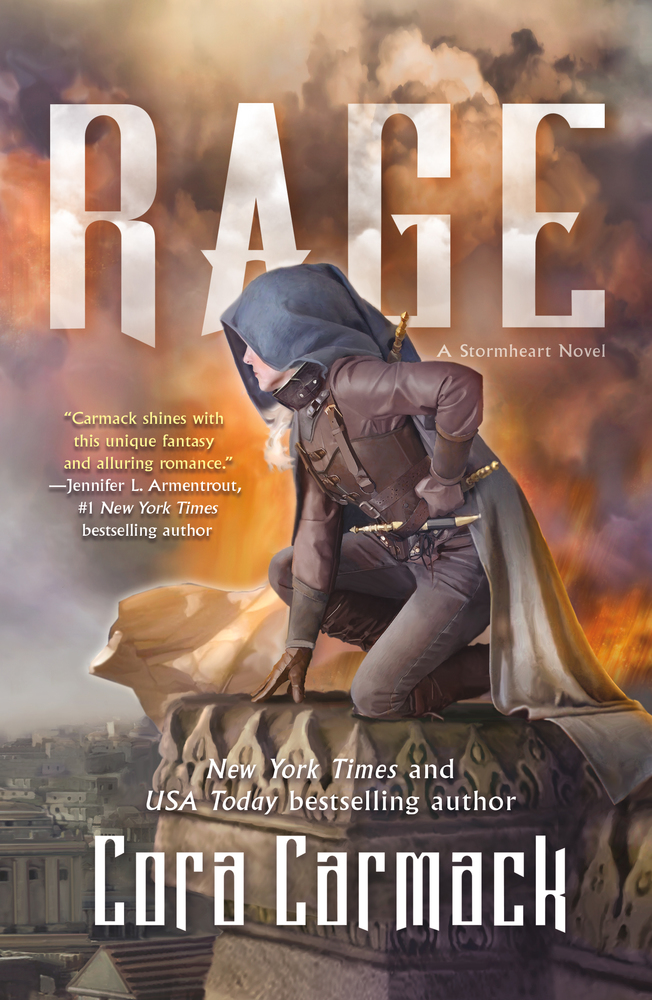 Parnassus Books is thrilled to welcome New York Times bestselling YA author Cora Carmack for a discussion and signing of Rage, the sequel to her unforgettable debut fantasy novel, Roar. Carmack will appear in conversation with Mark Oshiro, award-winning author of Anger is a Gift. Read on for important event guidelines, as well as more information about Cora and her new book!

The best way to support an author featured at a Parnassus event, as well as to support Parnassus for hosting the author and the event, is to purchase the author's new book from Parnassus. Your purchase also demonstrates to publishers that they should continue sending authors to Parnassus and to Nashville.

Can't make it to the event, but still want to purchase an autographed or personalized book? Place your order below, enter "signed copy" plus any personalization details in the comments section of your order, and we'll have Cora or Mark sign your books and ship them to you after the event! Shipping is available to all fifty states as well as internationally. For international shipping quotes, please email orders@parnassusbooks.net; be sure to include your mailing address so that we can create an accurate shipping quote for you.

Princess or adventurer. Duty or freedom. Her Kingdom or the storm hunter she loves.

If Aurora knows anything, it's that choices have consequences. To set things right, she joins a growing revolution on the streets of Pavan.

In disguise as the rebel Roar, she puts her knowledge of the palace to use to aid the rebellion. But the Rage season is at its peak and not a day passes without the skies raining down destruction. Yet these storms are different...they churn with darkness, and attack with a will that's desperate and violent.

Cora Carmack has done a multitude of things in her life-boring jobs (retail), fun jobs (theatre), stressful jobs (teaching), and dream jobs (writing). Raised in a small Texas town, she now lives in New York City and Texas, and spends her time writing, traveling, and marathoning various television shows on Netflix. Her first book, Losing It, was a New York Times and USA Today bestseller, and her subsequent books were also hits.

More about Anger is a GIft

Moss Jeffries is many things--considerate student, devoted son, loyal friend and affectionate boyfriend, enthusiastic nerd. But sometimes Moss still wishes he could be someone else--someone without panic attacks, someone whose father was still alive, someone who hadn't become a rallying point for a community because of one horrible night. And most of all, he wishes he didn't feel so stuck.

Moss can't even escape at school--he and his friends are subject to the lack of funds and crumbling infrastructure at West Oakland High, as well as constant intimidation by the resource officer stationed in their halls. That was even before the new regulations--it seems sometimes that the students are treated more like criminals. Something will have to change, but who will listen to a group of teens?

When tensions hit a fever pitch and tragedy strikes again, Moss must face a difficult choice: give in to fear and hate or realize that anger can actually be a gift.

Mark Oshiro is the Hugo-nominated writer of the online Mark Does Stuff universe (Mark Reads and Mark Watches), where they analyze book and TV series. They were the nonfiction editor of Queers Destroy Science Fiction! and the co-editor of Speculative Fiction 2015, and are the President of the Con or Bust Board of Directors. When not writing/recording reviews or editing, Oshiro engages in social activism online and offline. Anger Is a Gift is their acclaimed debut YA contemporary fiction novel.

Anger Is a Gift: A Novel (Paperback)