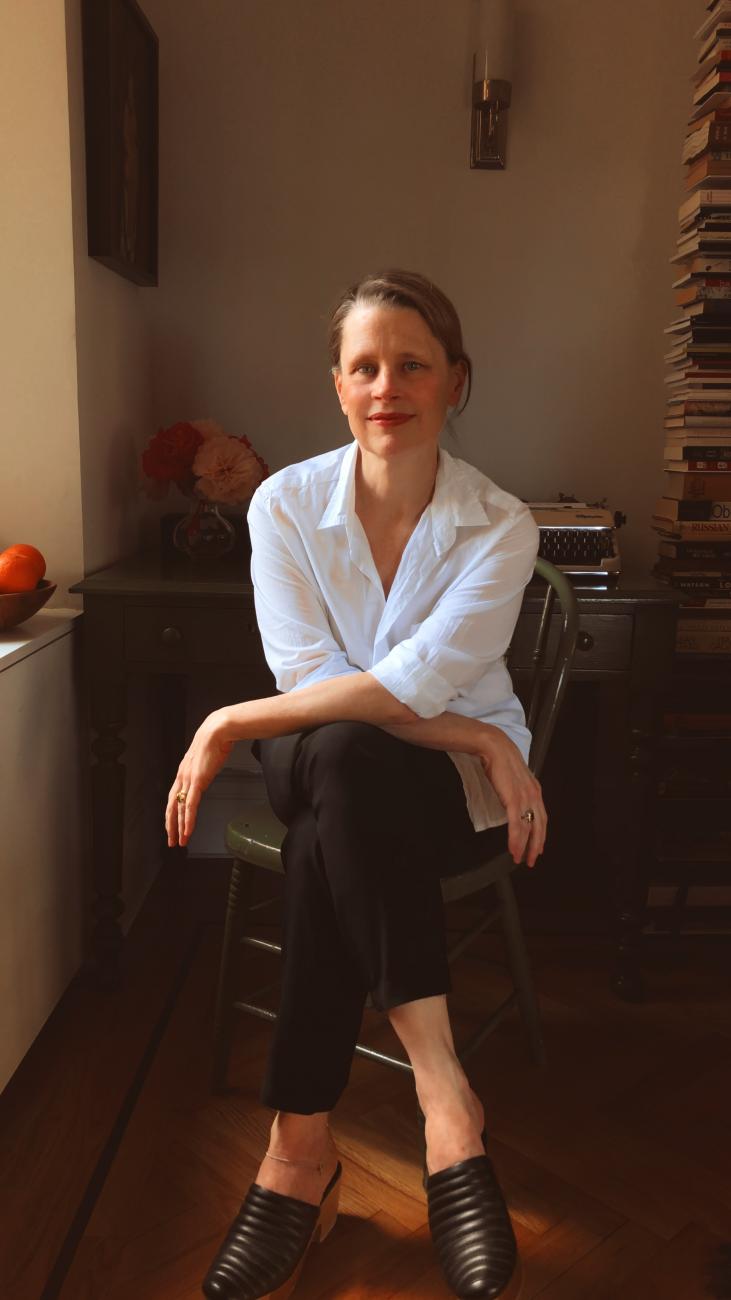 Parnassus Books is excited to welcome Natalie Standiford, author of Astrid Sees All, in conversation with Ann Powers.

The conversation will occur on Tuesday, April 20th at 6:00pm Central time.

New York's last bohemia-the glittering, decadent downtown club scene of the 1980s-is the setting for this brilliantly winning novel about a smart, vulnerable young woman taking a deep dive into her dark side, essential for fans of Sweetbitter, Fleabag, and books by Patti Smith.

New York, 1984: Twenty-two-year-old Phoebe Hayes is a young woman in search of excitement and adventure. But the recent death of her father has so devastated her that her mother wants her to remain home in Baltimore to recover. Phoebe wants to return to New York, not only to chase the glamorous life she so desperately craves but also to confront Ivan, the older man who painfully wronged her. With her best friend Carmen, she escapes to the East Village, disappearing into an underworld haunted by artists, It Girls, and lost souls trying to party their pain away. Carmen juggles her junkie-poet boyfriend and a sexy painter while, as Astrid the Star Girl, Phoebe tells fortunes in a nightclub and plots her revenge on Ivan. When the intoxicating brew of sex, drugs, and self-destruction leads Phoebe to betray her friend, Carmen disappears, and Phoebe begins an unstoppable descent into darkness. She may have a chance to save herself-and Carmen, if she can find her-but to do it she must face what's hiding in the shadows she's been running from-within her heart and in the dangerous midnight streets. A love letter to gritty 1980s New York City, Astrid Sees All is an irresistible, original novel about female friendship, sex and romance, and what it's like to be a young woman searching for an identity

Natalie Standiford was born and raised in Baltimore, Maryland, and studied Russian language and literature at Brown University and in the former Soviet Union. She has written many books for children and teens, including How to Say Goodbye in Robot; The Secret Tree; and Confessions of the Sullivan Sisters. Her book reviews and essays have appeared in The New York Times, The Washington Post, and The Los Angeles Review of Books. She lives with her husband in New York City, where she occasionally plays bass in rock bands with other restless writers. Find out more at NatalieStandiford.com.