Virtual Event: Mary Gauthier, author of Saved by a Song, in conversation with Allison Moorer 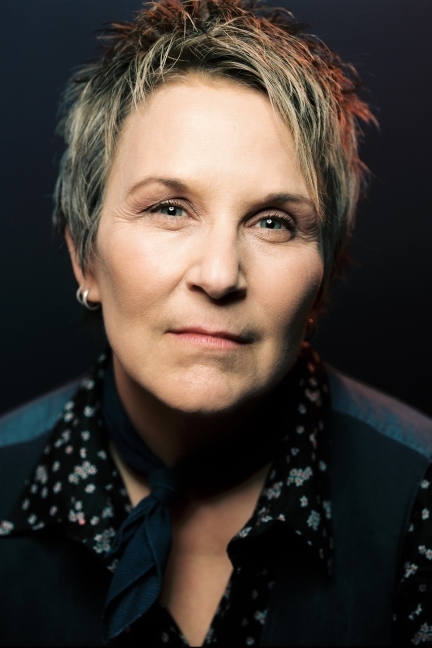 Parnassus Books is proud to present Mary Gauthier discussing her new book, Saved by a Song, in conversation with Allison Moorer.

Join us Tuesday, July 6th at 6:00pm Central Time. This is a ticketed virtual event which will take place on Zoom. Reserve your spot through the Eventbrite link below.

Please note: There are three ticketing options available for this virtual event, and you must purchase your ticket by 5:00 pm CDT on the day of the event in order to attend.

All books will be signed copies. If you would also like your copy of Saved by a Song personalized by Mary Gauthier, please indicate to whom it should be personalized when purchasing your ticket.

(Any customer who placed a pre-order through Parnassus Books prior to 3/20/21 does not have to purchase a ticket. You will automatically receive the Zoom link by email the day of the event. No further registration is required.)

From the Grammy nominated folk singer and songwriter, an inspiring exploration of creativity and the redemptive power of song

Mary Gauthier was twelve years old when she was given her Aunt Jenny's old guitar and taught herself to play with a Mel Bay basic guitar workbook. Music offered her a window to a world where others felt the way she did. Songs became lifelines to her, and she longed to write her own, one day.

Then, for a decade, while struggling with addiction, Gauthier put her dream away and her call to songwriting faded. It wasn't until she got sober and went to an open mic with a friend did she realize that she not only still wanted to write songs, she needed to. Today, Gauthier is a decorated musical artist, with numerous awards and recognition for her songwriting, including a Grammy nomination.

In Saved by a Song, Mary Gauthier pulls the curtain back on the artistry of songwriting. Part memoir, part philosophy of art, part nuts and bolts of songwriting, her book celebrates the redemptive power of song to inspire and bring seemingly different kinds of people together.

The Associated Press named Mary Gauthier one of the best songwriters of her generation. Her album Rifles & Rosary Beads was nominated for a Grammy award for Best Folk Album and Record of the Year by the Americana Music Association. Her songs have been recorded by dozens of artists, including Boy George, Blake Shelton, Tim McGraw, Bettye Lavette, Kathy Mattea, Amy Helm and Candi Staton. Saved by a Song is her first book. She lives in Nashville.

Allison Moorer is a singer/songwriter, producer, and author who has released ten critically acclaimed albums. Her first memoir, Blood, was released in October 2019 to high praise and received starred reviews in Publishers Weekly, Kirkus, and Booklist. She has been nominated for Academy, Grammy, Americana Music Association, and Academy of Country Music Awards. Allison holds an MFA in Creative Writing from The New School; her work has been published in The Wall Street Journal, American Songwriter, Guernica, No Depression, Literary Hub, and The Bitter Southerner. Her second memoir will be released in October 2021. She lives in Nashville.