Join us for the Parnassus Book Club virtual discussion of True Grit, by Charles Portis  in a private Zoom meeting.

The Club will meet at two different times to discuss the book, in order to allow for good conversation in small groups. Room is limited, so reserve your space in advance.

True Grit  (1968) tells the story of Mattie Ross, who is just fourteen years of age when a coward going by the name of Tom Chaney shoots her father down in Fort Smith, Arkansas, and robs him of his life, his horse, and $150 in cash. Mattie leaves home to avenge her father’s blood. With the one-eyed Rooster Cogburn, the meanest available U.S. Marshal, by her side, Mattie pursues the homicide into Indian Territory. First brought to the big screen in the classic 1969 western starring John Wayne and remade brilliantly in 2010 by the Coen brothers and starring Jeff Bridges, True Grit is eccentric, cool, straight, and unflinching, like Mattie herself. From a writer of true status, this is an American classic through and through. 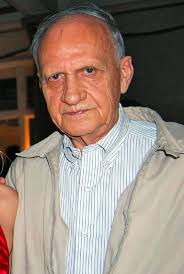 Charles Portis was American novelist whose works were admired for their deadpan comic tone, colourfully sketched characters, and spirit of adventure. He is best known for his novels Norwood (1966) and True Grit (1968). He grew up in a series of small towns in Arkansas, then enlisted in the U.S. Marine Corps which took him to Korea. Following his service, he attended the University of Arkansas where he studied journalism, then worked for The Commercial Appeal(Memphis), the Arkansas Gazette  before being hired in 1960 by the New York Herald-Tribune, for which he frequently covered the civil rights movement. In 1964 he returned from their London office to Arkansas to become a full-time fiction writer. Charles Portis died in February 2020.