Virtual event with Chasten Buttigieg in conversation with Brad Paisley 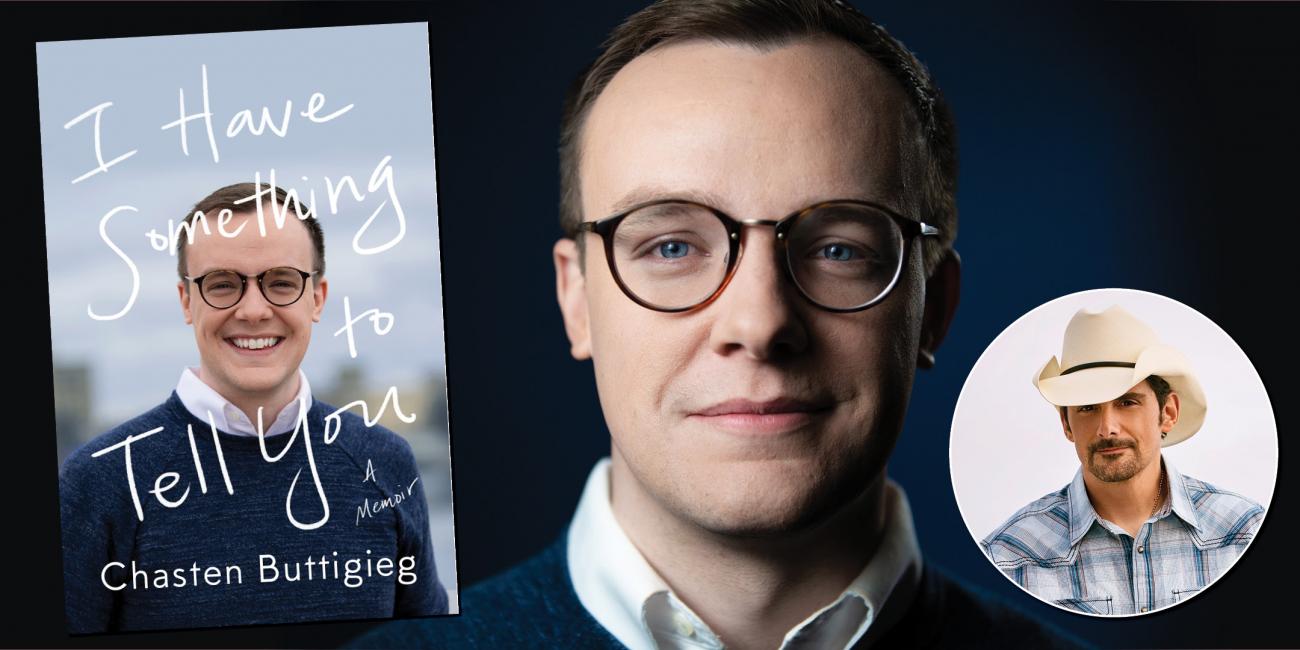 Parnassus Books is pleased to present a virtual event for Chasten Buttigieg, in conversation with Brad Paisley, for Chasten’s new book, I Have Something To Tell You.

This will be a Zoom event, and ticketholders will receive the Zoom link by email on the day of the event. If you have purchased a ticket but have not received the link to view the event by 30 minutes prior to the start time, please first check your spam/junk/bulk folder, then email for assistance.

Please note: there are two ticketing options available for this virtual event:

Throughout the past year, teacher Chasten Glezman Buttigieg has emerged on the national stage, having left his classroom in South Bend, Indiana, to travel cross-country in support of his husband, former mayor Pete Buttigieg, and Pete's groundbreaking presidential campaign. Through Chasten's joyful, witty social media posts, the public gained a behind-the-scenes look at his life with Pete on the trail--moments that might have ranged from the mundane to the surprising, but that were always heartfelt.

Chasten has overcome a multitude of obstacles to get here. In this moving, uplifting memoir, he recounts his journey to finding acceptance as a gay man. He recalls his upbringing in rural Michigan, where he knew he was different, where indeed he felt different from his father and brothers. He recounts his coming out and how he's healed from revealing his secret to his family, friends, community, and the world. And he tells the story of meeting his boyfriend, whom he would marry and who would eventually become a major Democratic leader.

With unflinching honesty, unflappable courage, and great warmth, Chasten Buttigieg relays his experience of growing up in America and embracing his true self, while inspiring others to do the same.

Chasten Glezman Buttigieg was born and raised in Traverse City, Michigan. A thespian, two-time 4-H blue-ribboner, and decorated member of the high school bowling team, he received his bachelor's degree in theater and global studies from the University of Wisconsin--Eau Claire and his master's in education from DePaul University. He has worked as a busboy, dog walker, nursing assistant, waiter, cashier, bartender, and most recently a middle school drama and humanities teacher. He lives in South Bend, Indiana, with his husband, Peter, and their two rescue dogs. I Have Something to Tell You is his first book.

Brad Paisley has earned his place in country music history as one of the genre’s most talented and decorated male solo artists. Over the past 20 years, his songwriting and unmatched showmanship have won him numerous awards, including three GRAMMYs, two American Music Awards, 14 Country Music Association Awards and 15 Academy of Country Music Awards, among many others. Paisley and his wife, Kimberly Williams-Paisley, are co-founders of nonprofit organization The Store, a free-referral based grocery store, which aims to empower low-income individuals and families in the Nashville area. For more information, visit www.thestore.org.