Surviving the Age of Trump: A Conversation about Leadership and Legacy of George H. W. Bush 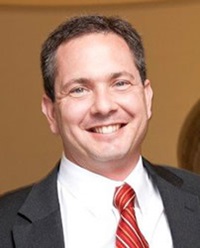 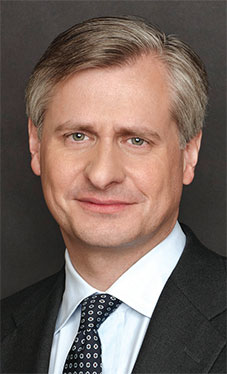 More about When the World Seemed New:

Based on unprecedented access to previously classified documents and dozens of interviews with key policymakers, here is the untold story of how George H. W. Bush faced a critical turning point of history—the end of the Cold War.

The end of the Cold War was the greatest shock to international affairs since World War II. In that perilous moment, Saddam Hussein chose to invade Kuwait, China cracked down on its own pro-democracy protesters, and regimes throughout Eastern Europe teetered between democratic change and new authoritarians. Not since FDR in 1945 had a U.S. president faced such opportunities and challenges.

As the presidential historian Jeffrey Engel reveals in this page-turning history, behind closed doors from the Oval Office to the Kremlin, George H. W. Bush rose to the occasion brilliantly. Distrusted by such key allies as Margaret Thatcher and dismissed as too cautious by the press, Bush had the experience and the wisdom to use personal, one-on-one diplomacy with world leaders. Bush knew when it was essential to rally a coalition to push Iraq out of Kuwait. He managed to help unify Germany while strengthening NATO. Based on unprecedented access to previously classified documents and interviews with all of the principals, When the World Seemed New is a riveting, fly-on-the-wall account of a president with his hand on the tiller, guiding the nation through a pivotal time and setting the stage for the twenty-first century.

Jeffrey A. Engel is the founding director of the Center for Presidential History at Southern Methodist University. Educated at Cornell, Oxford, the University of Wisconsin-Madison, and Yale University. He has authored or edited ten books on American foreign policy, including The Fall of the Berlin Wall: The Revolutionary Legacy of 1989 and The China Diary of George H. W. Bush: The Making of a Global President. Born above the Mason-Dixon line, he now lives and teaches in Dallas, Texas.

A member of the Council on Foreign Relations and of the Society of American Historians, Meacham is a distinguished visiting professor at Vanderbilt University and at The University of the South. He is contributing editor of Time and a contributing writer to The New York Times Book Review. Meacham is also a regular guest on “Morning Joe,” “Charlie Rose,” and other broadcasts.

Meacham’s biography of President Bush was named one of the ten best books of the year by The Washington Post and one of the best books of the year by The New York Times Book Review, Time, National Public Radio, and the St. Louis Post-Dispatch. Destiny and Power was also honored for excellence in “Politics and Leadership” in 2015 by the Plutarch Committee of BIO, the Biographers International Organization.