IN PERSON: Jon Meacham, author of And There Was Light: Abraham Lincoln and the American Struggle 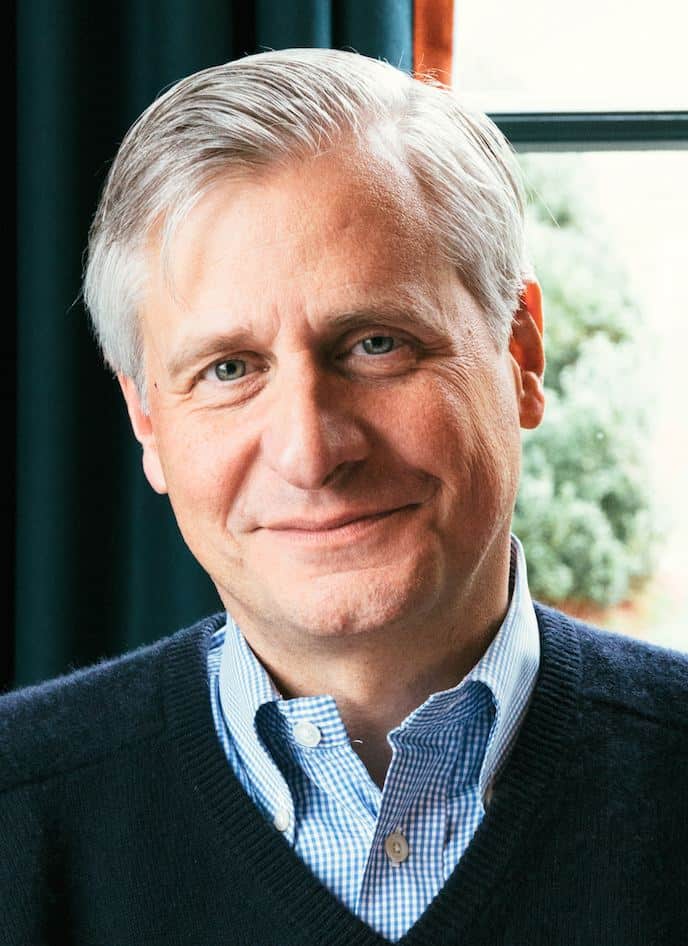 Parnassus Books and Montgomery Bell Academy are thrilled to present Jon Meacham for a discussion of his new book, And There Was Light: Abraham Lincoln and the American Struggle .

This event will take place in the Paschall Theater at Montgomery Bell Academy on Sunday, October 23rd at 2:00 PM.

A ticket is required to attend this event. Purchase your ticket below!

There are two ticket options for this event.

Parking is free and the garage is located at 205 South Wilson Boulevard (East side of MBA's campus). You may also park in the Vine Street Church parking lot or in any of the surface lots on campus.

"In his captivating new book, Jon Meacham has given us the Lincoln for our time."--Henry Louis Gates, Jr.

A president who governed a divided country has much to teach us in a twenty-first-century moment of polarization and political crisis. Hated and hailed, excoriated and revered, Abraham Lincoln was at the pinnacle of American power when implacable secessionists gave no quarter in a clash of visions bound up with money, race, identity, and faith. In him we can see the possibilities of the presidency as well as its limitations.

At once familiar and elusive, Lincoln tends to be seen as the greatest of American presidents--a remote icon--or as a politician driven more by calculation than by conviction. This illuminating new portrait gives us a very human Lincoln--an imperfect man whose moral antislavery commitment, essential to the story of justice in America, began as he grew up in an antislavery Baptist community; who insisted that slavery was a moral evil; and who sought, as he put it, to do right as God gave him to see the right.

This book tells the story of Lincoln from his birth on the Kentucky frontier in 1809 to his leadership during the Civil War to his tragic assassination in 1865: his rise, his self-education, his loves, his bouts of depression, his political failures, his deepening faith, and his persistent conviction that slavery must end. In a nation shaped by the courage of the enslaved of the era and by the brave witness of Black Americans, Lincoln's story illustrates the ways and means of politics in a democracy, the roots and durability of racism, and the capacity of conscience to shape events.

Jon Meacham is a Pulitzer Prize-winning biographer. The Rogers Chair in the American Presidency at Vanderbilt University, he is the author of the New York Times bestsellers His Truth Is Marching On: John Lewis and the Power of Hope, Destiny and Power: The American Odyssey of George Herbert Walker Bush, Thomas Jefferson: The Art of Power, American Lion: Andrew Jackson in the White House, American Gospel, and Franklin and Winston. A fellow of the Society of American Historians, Meacham lives in Nashville.