Cancelled - Author event with R. Eric Thomas author of Here For It 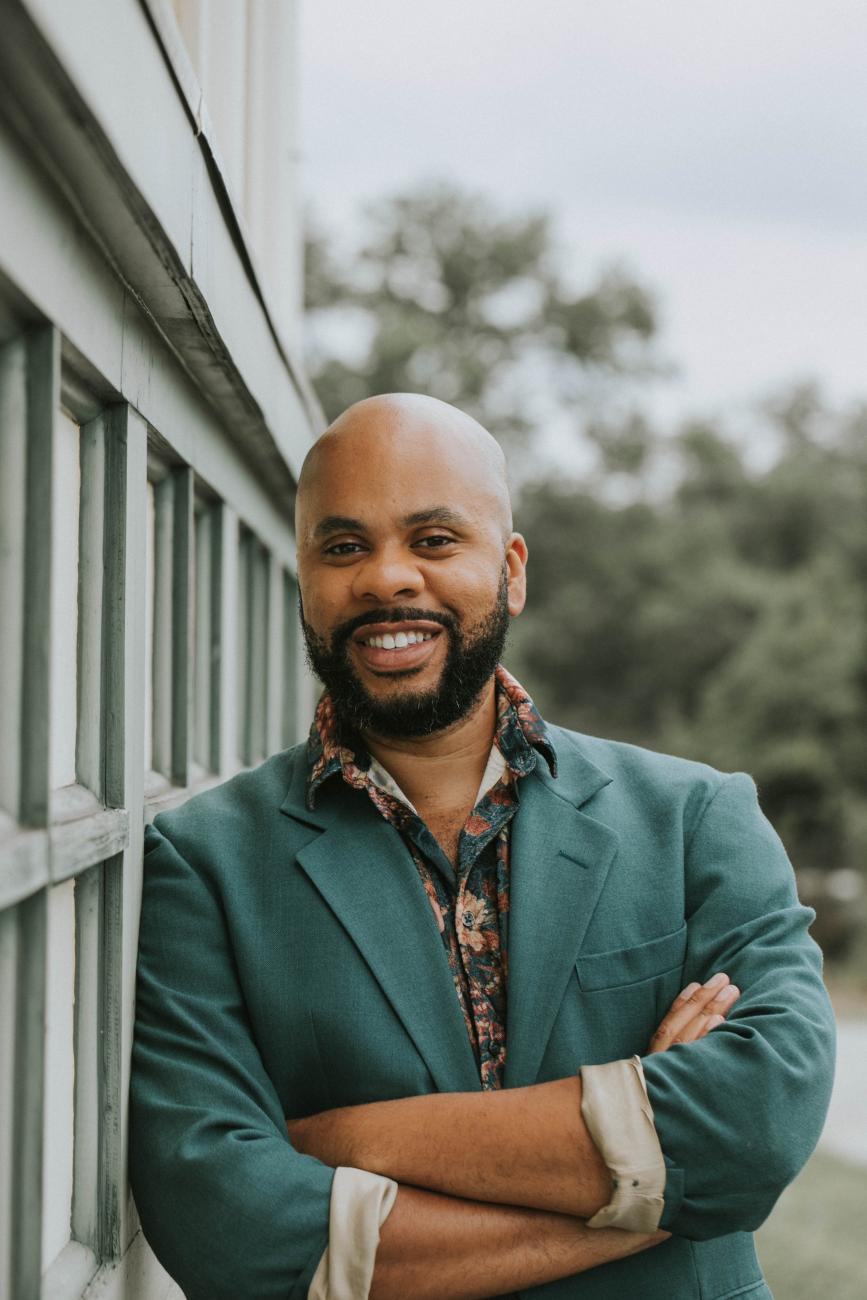 CANCELLED - Parnassus Books is thrilled to welcome R.Eric Thomas author of Here For It: Or, How To Save Your Soul in America.

R. Eric Thomas didn’t know he was different until the world told him so. Everywhere he went—whether it was his rich, mostly white, suburban high school, his conservative black church, or his Ivy League college in a big city—he found himself on the outside looking in.

In essays by turns hysterical and heartfelt, Eric redefines what it means to be an “other” through the lens of his own life experience. He explores the two worlds of his childhood: the barren urban landscape where his parents’ house was an anomalous bright spot, and the verdant school they sent him to in white suburbia. He writes about struggling to reconcile his Christian identity with his sexuality, the exhaustion of code-switching in college, accidentally getting famous on the internet (for the wrong reason), and the surreal experience of covering the 2016 election, and the seismic changes that came thereafter. Ultimately, Eric seeks the answer to these ever more relevant questions: Is the future worth it? Why do we bother when everything seems to be getting worse? As the world continues to shift in unpredictable ways, Eric finds the answers to these questions by re-envisioning what “normal” means and in the powerful alchemy that occurs when you at last place yourself at the center of your own story.

Here for It will resonate deeply and joyfully with everyone who has ever felt pushed to the margins, struggled with self-acceptance, or wished to shine more brightly in a dark world. Stay here for it—the future may surprise you.

R. Eric Thomas is a senior staff writer at Elle online where he has written the daily pop culture and politics humor column “Eric Reads the News” since 2016. He’s also been published by The New York Times, among many other publications. As a playwright, his work has been seen on stages around the country; he won the Barrymore Award and the Dramatists Guild Lanford Wilson Award and was a finalist for the Steinberg/American Theater Critics Association New Play Award. Off the page, he is the long-running host of The Moth StorySlams in Washington, D.C., and Philadelphia. He lives in Baltimore with his extraordinary husband, the Reverend David Norse Thomas, and an out-of-control collection of succulents, candles, and tote bags. Here for It is his first book.

Here for It: Or, How to Save Your Soul in America; Essays (Hardcover)