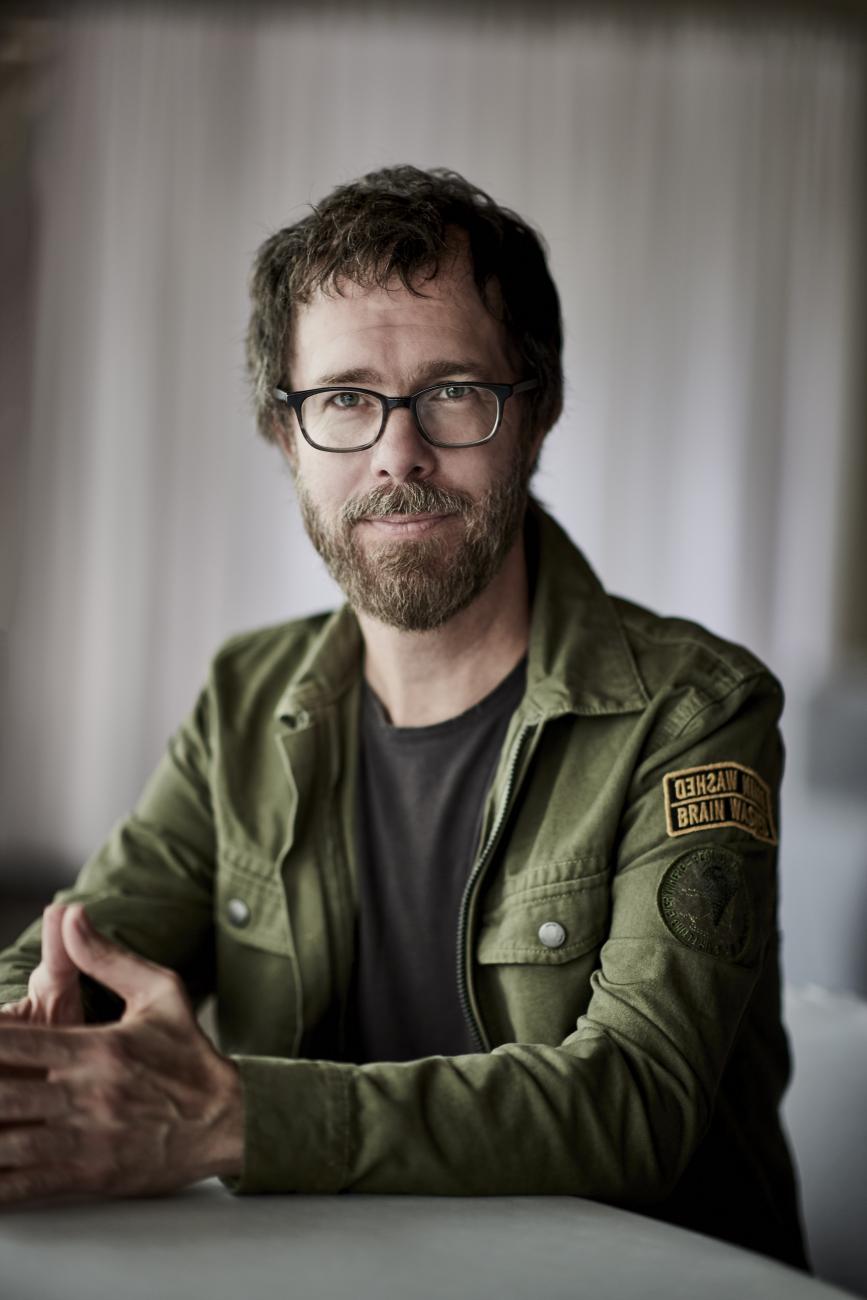 Parnassus Books and the Nashville Public Library Foundation are pleased to welcome multi-platinum selling singer-songwriter Ben Folds for a book signing for his new book, A Dream About Lightning Bugs. This is a ticketed event. Each ticket includes one copy of A Dream About Lightning Bugs and admits up to two people to the signing line. If your party includes more than 2 people, additional tickets are required. Admittance to the line will be on a first-come, first-serve basis, and the line will begin forming at 1:00pm CST.

Only copies of A Dream About Lightning Bugs purchased at Parnassus will be signed, and no other books or memorabilia will be able to be accommodated. A portion of the proceeds from the event will benefit the Nashville Public Library Foundation.

Ben Folds is an American musician who has created an enormous body of genre-bending music that includes pop albums with Ben Folds Five, multiple solo albums, a classical piano concerto, and collaborations with artists ranging from Regina Spektor to William Shatner. Folds, who was also a judge for five seasons on NBC’s acclaimed a capella show The Sing-Off,was named the first ever artistic advisor to the National Symphony Orchestra at the Kennedy Center in 2017. He is an outspoken champion for arts education and music therapy, serving on the distinguished Artist Committee of Americans for the Arts, and as chairman of the national ArtsVote 2020 initiative.

About A Dream About Lightning Bugs:

Ben Folds is a celebrated American singer-songwriter, beloved for songs such as “Brick,” “You Don’t Know Me,” “Rockin’ the Suburbs,” and “The Luckiest,” and is the former frontman of the alternative rock band Ben Folds Five. But Folds will be the first to tell you he’s an unconventional icon, more normcore than hardcore. Now, in his first book, Folds looks back at his life so far in a charming and wise chronicle of his artistic coming of age, infused with the wry observations of a natural storyteller.

In the title chapter, “A Dream About Lightning Bugs,” Folds recalls his earliest childhood dream—and realizes how much it influenced his understanding of what it means to be an artist. In “Measure Twice, Cut Once” he learns to resist the urge to skip steps during the creative process. In “Hall Pass” he recounts his 1970s North Carolina working-class childhood, and in “Cheap Lessons” he returns to the painful life lessons he learned the hard way—but that luckily didn’t kill him.

In his inimitable voice, both relatable and thought-provoking, Folds digs deep into the life experiences that shaped him, imparting hard-earned wisdom about both art and life. Collectively, these stories embody the message Folds has been singing about for years: Smile like you’ve got nothing to prove, because it hurts to grow up, and life flies by in seconds.