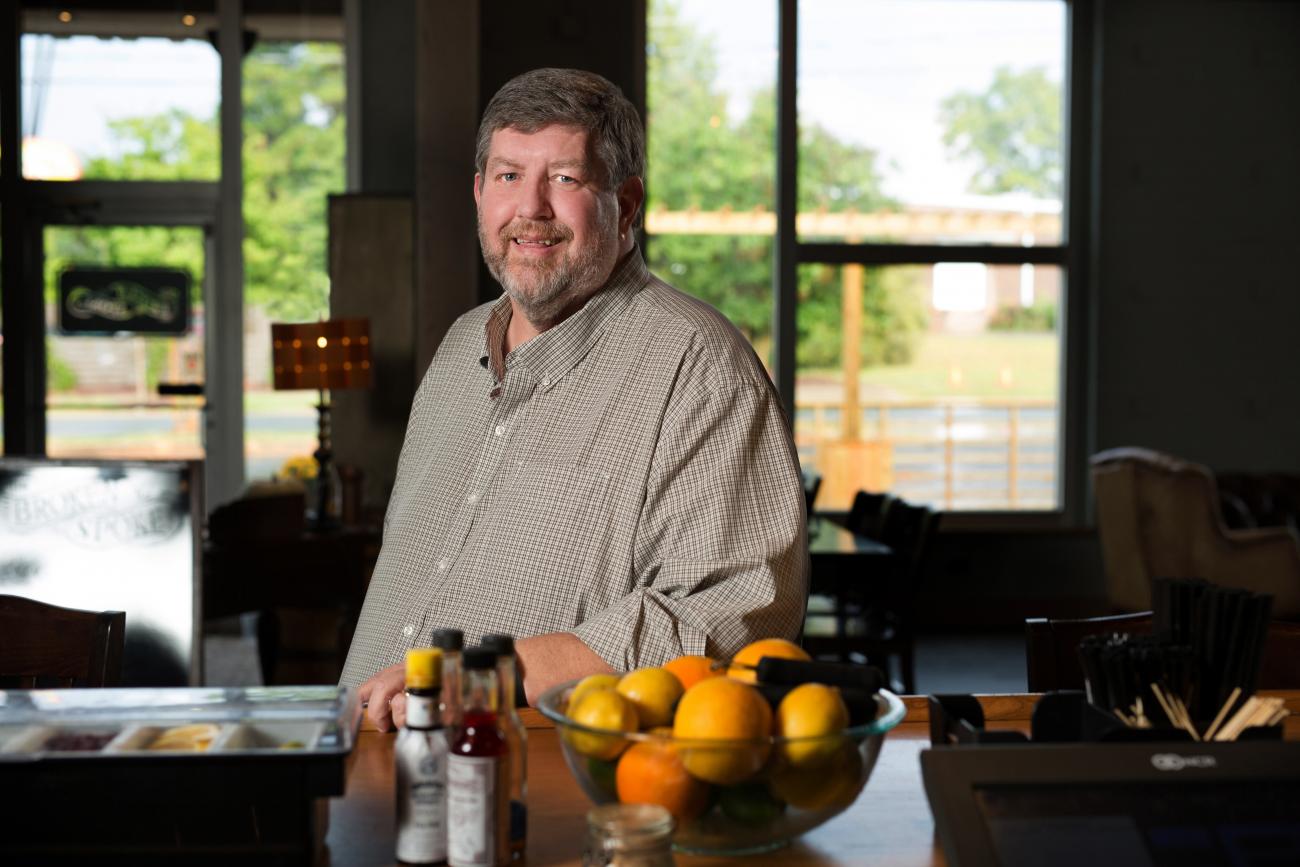 Parnassus Books welcomes Tommy Tomlinson author of The Elephant in the Room.

“Food is connection, food is friendship, food is a certain kind of love.” So journalist and Pulitzer Prize finalist Tommy Tomlinson posits in THE ELEPHANT IN THE ROOM: One Fat Man’s Quest to Get Smaller in a Growing America. In the vein of Hunger by Roxanne Gay, this moving memoir is at once a meditation on weight and identity and a candid and sometimes brutal look at the everyday experience of being constantly aware of your size—obsessing over where you’re going to sit at baseball games and restaurants, or dreading the lurch of a packed subway—and the guilt and fear that result.

When he was almost fifty years old, Tommy Tomlinson weighed an astonishing—and dangerous—460 pounds, a number that put him at risk for a multitude of health issues, including heart disease, diabetes, and stroke. Unable to climb a flight of stairs without stopping to catch his breath or travel on an airplane without two seats, Tommy knew it was time to make a change. THE ELEPHANT IN THE ROOM follows him over the course of a year as he takes the first steps towards a healthier life and faces the issues that millions of Americans struggling with their weight have also faced: body image, relationship with food, and self-discovery.

When he began to make these changes, Tommy was one of millions of Americans struggling with weight, body image, and a relationship with food that puts them at major risk. “Seventy-nine million American adults qualify as obese,” writes Tommy. “That’s more than the total attendance of every Major League Baseball game last year…In our fractured country, we all agree on one thing: second helpings.” Intimate and insightful, THE ELEPHANT IN THE ROOM is Tomlinson’s chronicle of meeting those people, taking the first steps towards health, and trying to understand how, as a nation, we got to this point.

Tommy Tomlinson has written for publications including Esquire, ESPN the Magazine, Sports Illustrated, Forbes, Garden & Gun, and many others. He spent twenty-three years as a reporter and local columnist for the Charlotte Observer, where he was a finalist for the 2005 Pulitzer Prize in commentary. His stories have been chosen twice for the Best American Sports Writing series (2012 and 2015) and he also appears in the anthology “America’s Best Newspaper Writing.” He is also the host of the podcast SouthBound in partnership with WFAE, Charlotte’s NPR station. He has taught at Wake Forest University, the University of Georgia, and at workshops and conferences across the country. He was a 2008-09 Nieman Fellow at Harvard University. Tommy and his wife, Alix Felsing, live in Charlotte.

The Elephant in the Room: One Fat Man's Quest to Get Smaller in a Growing America (Hardcover)