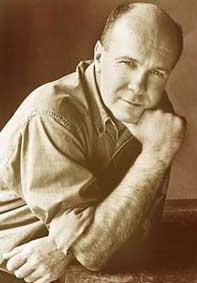 Simon Winchester, the acclaimed New York Times bestselling author of Atlantic and The Professor and the Madman, delivers his first book about America: a fascinating popular history that illuminates the men who toiled fearlessly to discover, connect, and bond the citizenry and geography of the U.S.A. from its beginnings.

How did America become "one nation, indivisible"? What unified a growing number of disparate states into the modern country we recognize today? To answer these questions, Winchester follows in the footsteps of America's most essential explorers, thinkers, and innovators, such as Lewis and Clark and the leaders of the Great Surveys; the builders of the first transcontinental telegraph and the powerful civil engineer behind the Interstate Highway System. He treks vast swaths of territory, from Pittsburgh to Portland, Rochester to San Francisco, Seattle to Anchorage, introducing the fascinating people who played a pivotal role in creating today's United States.
Throughout, he ponders whether the historic work of uniting the States has succeeded, and to what degree. Featuring 32 illustrations throughout the text, The Men Who United the States is a fresh look at the way in which the most powerful nation on earth came together.

Simon Winchester is the acclaimed author of many books, including The Professor and the Madman, The Man Who Loved China, A Crack in the Edge of the World, and Krakatoa. Those books were New York Times bestsellers and appeared on numerous best and notable lists. In 2006, Mr. Winchester was made an officer of the Order of the British Empire (OBE) by her Majesty the Queen. He lives in Manhattan and in western Massachusetts.

The Men Who United the States: America's Explorers, Inventors, Eccentrics and Mavericks, and the Creation of One Nation, Indivisible (Hardcover)

By Simon Winchester
Availability of this title may vary. Please email or call for price.
ISBN: 9780062079602
Availability: Not Available
Published: Harper - October 15th, 2013