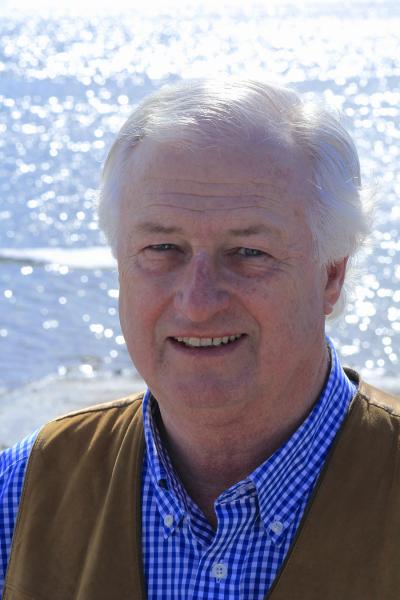 Parnassus Books welcomes Rinker Buck as he discusses and signs The Oregon Trail.

This event will occur at the University School of Nashville.

An epic account of traveling the length of the Oregon Trail the old-fashioned way—in a covered wagon with a team of mules, an audacious journey that hasn’t been attempted in a century—which also chronicles the rich history of the trail, the people who made the migration, and its significance to the country.

Spanning two thousand miles and traversing six states from Missouri to the Pacific coast, the Oregon Trail is the route that made America. In the fifteen years before the Civil War, when 400,000 pioneers used the trail to emigrate West—scholars still regard this as the largest land migration in history—it united the coasts, doubled the size of the country, and laid the groundwork for the railroads.

The Oregon Trail is much more than an epic adventure. It is also a lively and essential work of history that shatters the comforting myths about the trail years passed down by generations of Americans. Buck introduces readers to the largely forgotten roles played by trailblazing evangelists, friendly Indian tribes, female pioneers, bumbling U.S. Army cavalrymen, and the scam artists who flocked to the frontier to fleece the overland emigrants. Generous portions of the book are devoted to the history of old and appealing things like the mule and the wagon. We also learn how the trail accelerated American economic development. Most arresting, perhaps, are the stories of the pioneers themselves—ordinary families whose extraordinary courage and sacrifice made this country what it became.

At once a majestic journey across the West, a significant work of history, and a moving personal saga, The Oregon Trail draws readers into the journey of a lifetime. It is a wildly ambitious work of nonfiction from a true American original. It is a book with a heart as big as the country it crosses.

Rinker Buck began his career in journalism at the Berkshire Eagle and was a longtime staff writer for the Hartford Courant. He has written for Vanity Fair, New York, Life, and many other publications, and his stories have won the Eugene S. Pulliam National Journalism Writing Award and the Society of Professional Journalists Sigma Delta Chi Award. He is the author of The Oregon Trail as well as the acclaimed memoirs Flight of Passage and First Job. He lives in northwest Connecticut.