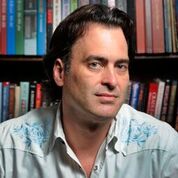 Peter Guralnick, dean of rock-and roll-storytellers, writes in the introduction to Johnny’s Cash & Charley’s Pride, “Peter Cooper has always been in the mix.” Whether spending time with Johnny Cash or Kris Kristofferson, playing bass for Loretta Lynn, discussing songwriting with Taylor Swift, or introducing the Grateful Dead’s Robert Hunter to Porter Wagoner, Peter Cooper has continually found himself in the presence of music royalty and the recipient of countless intimate conversations, asides, and confidences.

In Johnny’s Cash & Charley’s Pride: Lasting Legends and Untold Adventures in Country Music, Cooper chronicles his many “in the mix” tales since arriving in Nashville in 2000 to cover the country music scene for the Tennessean. Filled with untold stories and newly revealed histories, it is an informal yet well-studied inside view of country music’s greatest characters and pivotal moments. Now a senior director at the Country Music Hall of Fame, Cooper’s stories are akin to a curated behind-the-scenes tour of country music.

Spanning nineteen chapters, Cooper offers an original take on the formative days at WSM and engaging introductions to an ensemble cast of country music’s icons, quirks, and golden-but-hidden personalities. With a gem on every page, Cooper has crafted a perceptive, smiling, and atypical immersion into the world of country music that will keep any music fan engaged with its wit, passion, and authenticity.

Peter Cooper is an award-winning musician and respected music journalist. He is the Country Music Hall of Fame and Museum’s Senior Director, Producer, and Writer, and a senior lecturer in country music at Vanderbilt University’s Blair School of Music. He is a Grammy-nominated music producer, and a songwriter whose works have been recorded by John Prine, Bobby Bare, Jim Lauderdale, and others. He has appeared on The Tonight Show and The Late Show with David Letterman and was, along with the like of the Kings of Leon and financial guru Dave Ramsey, named one of Nashville's "10 Most Interesting People" by Nashville Arts & Entertainment magazine.