Author event with Lydia Peelle author of The Midnight Cool 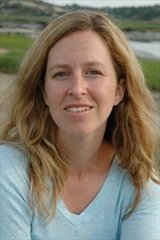 Parnassus Books is thrilled to welcome Lydia Peelle for a reading and musical review featuring a reading from The Midnight Cool by Lydia Peelle and live music performed on guitjo and harmonica by Ketch Secor of Old Crow Medicine Show, along with a short slide show and music from an antique Edison cylinder machine.

Set in Tennessee in 1916, on the cusp of U.S. involvement in World War I, The Midnight Cool is a powerful, haunting, and richly told story of two flawed but endearing grifters who pursue women, wealth, and a surprisingly valuable commodity for the troops in Europe—mules.

Billy Monday and Charles McLaughlin are traveling horse traders who end up in Richfield, Tennessee, a small (fictional) town north of Nashville. A middle-aged Irish immigrant, Billy has a gift for illusion—making damaged objects look new. His companion, Charles, the smooth-tongued teenage son of a prostitute, is a natural salesman, just like the mythical father he’s never met. Once in Richfield, and desperate to improve their fortunes, they buy a gorgeous black mare from the town’s wealthiest resident, Leland Hatcher, for a price that seems too good to be true. Hatcher’s beautiful daughter Catherine catches Charles’s eye—and she warns him against buying the horse. But buy the horse they do, and when the sedative Hatcher gave the horse wears off, the mare is revealed to be a vicious man-killer who attacks on sight.

Charles and Billy find themselves marooned in Richfield, hoping they can miraculously retrain their recalcitrant mare so they can recoup their money. After a terrible accident with the horse, Billy’s past story begins unfolding, and the reader starts to learn the truth about his connection to Charles. All the while, the war in Europe rages. The two men are drawn into it when they take a job buying mules for the British army. But in this shadow of the growing inevitability of American involvement in the war, the bond between Billy and Charles begins to fray. In the spring of 1917, as soon as the U.S. enters the war, the men find themselves now supplying the U.S. government with war mules as the people of Richfield—along with most of the country—are swept up in a frenzy of patriotism. And in a final crisis, Charles is forced to make a decision between his life and his country, his love and his duty, and a secret and the truth.

Lydia Peelle was born in Boston. Her short stories have appeared in numerous publications and have won two Pushcart Prizes, an O. Henry Award, and been twice featured in Best New American Voices. She lives in Nashville, Tennessee.

The Midnight Cool: A Novel (Hardcover)