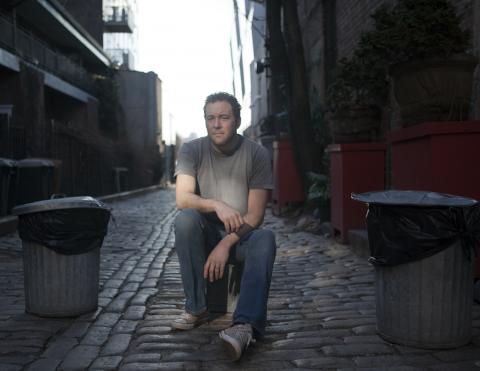 With his critically acclaimed first novel, Dear American Airlines, Jonathan Miles was widely praised as a comic genius whose fiction, as Richard Russo noted on the cover of the New York Times Book Review, was “not just philosophically but emotionally rewarding.”
Now, in Want Not, Miles takes a giant leap forward with this highly inventive and corrosively funny story of our times, a three-pronged tale of human excess that sifts through the detritus of several disparate lives, all conjoined in their come-hell-or- high-water search for fulfillment. As the novel opens on Thanksgiving Day, readers are telescoped into the worlds of a freegan couple living off the grid in Manhattan, a once prominent linguist struggling with midlife, and a New Jersey debt collection magnate with a second chance at getting things right. Want and desire propel each one forward on their paths toward something, anything more, but when their worlds collide, briefly, randomly, yet irrevocably, the weight of that wanting ultimately undoes each of them, leaving them to pick up the pieces from what’s left behind.

With a satirist’s eye and a romantic’s heart, Jonathan Miles captures the morass and comedy of contemporary life in all its excess. Bold, unblinking, unforgettable in its irony and pathos, Want Not is a wicked, big-hearted literary novel that confirms the arrival of a major voice in American fiction.

In this powerful, blisteringly funny novel, Jonathan Miles makes a startling discovery: We are what we throw away. It’s in our castoff goods, edibles, chances and people that our authentic selves are revealed; or, as one of his many memorable characters puts it, “garbage [is] the only truthful thing civilization produced.” Miles mines the depths of waste so artfully that by the end of this extraordinary novel, we’re left with the suspicion that redemption may well be no more, and no less, than an existential salvage operation.
- Ben Fountain, author of Billy Lynn’s Long Halftime Walk