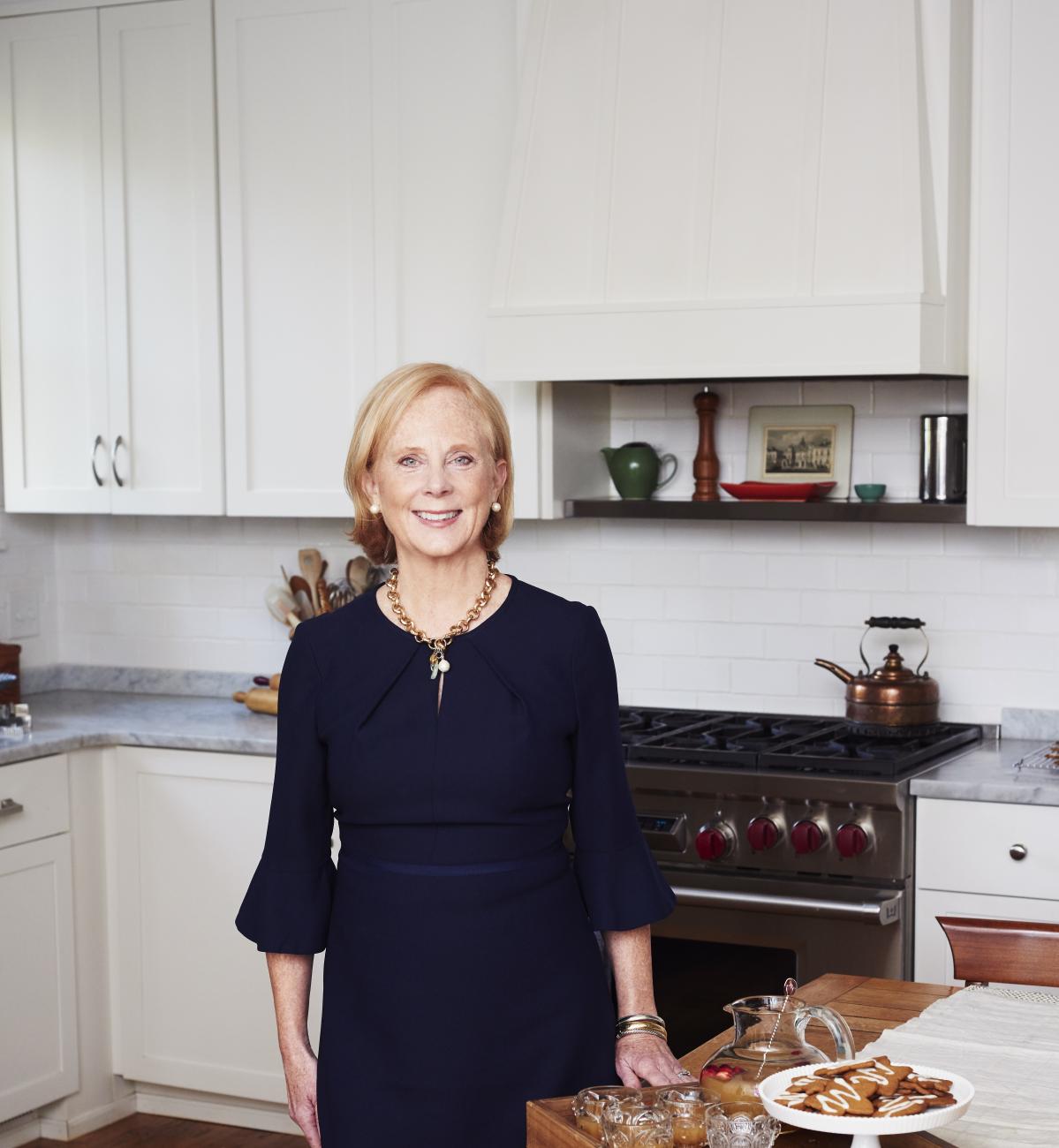 Parnassus Books is thrilled to welcome Anne Byrn author of Skillet Love: From Steak to Cake, More than 150 recipes in one Cast Iron Pan.

Skillet Love is Anne Byrn’s delicious celebration of the beloved cast iron pan, one of the most versatile pieces of equipment in the kitchen. Perfect for every meal of the day, the cast iron skillet can be used for everything from cooking eggs and searing meat to roasting whole dinners and serving up dessert warm from the oven. Plus cooking with a cast iron pan has proven health benefits!

In Skillet Love, Anne Byrn shares her expert techniques for using a cast iron pan, including her ten principles of cast iron cooking, advice for care and maintenance, vital tips for seasoning a skillet, and her top 15 fast and fabulous ways to use your pan. She also delves into the history of the cast iron pan, sharing its importance in American cooking, its use in both the home and professional kitchens, and includes skillet trends and milestones from over the years.

She then presents 150 carefully curated recipes which can be made in one 12-inch cast iron skillet.   Some of her delicious recipes are: small plates and snacks including Potato Onion Latkes with Cucumber Raita and Grilled Cheese A Dozen Ways: breads, biscuits and, buns including Black Skillet Corn Bread, Italian Piadina and Homemade English Muffins; Brunch At Home dishes including French Toast Challah Bake, Fried Green Tomato BLTs, and Fresh Asparagus Frittata; Salads and Veggie Sides including Hot Bacon and Romaine Salad with Basil Buttermilk Dressing and Last-Minute Scalloped Potatoes; and Mains including Skillet Mac and Cheese, Sticky Chicken Thighs with Ginger and Garlic, Skillet Salmon Two Ways, Sunday Night Cheeseburgers, and Seared Lamb Chops with Tomato and Mint Slaw. And of course, no cookbook by Anne Byrn would be complete without sweets, including her innovative cakes like Georgia Burnt Caramel Cake, cookies like Brown Sugar Skillet Blondies, pies like Black and Blueberry Crumble, and many other delicious treats.

Anne Byrn brings to the table a wealth of information about food and has written several books that highlight the breadth of her knowledge, including American Cake, American Bites, and the New York Times bestselling The Cake Mix Doctor and its sequels, which have nearly 4 million copies in print.  The Cake Mix Doctor was recently named No. 18 on Southern Living Magazine's list of the 100 most important cookbooks of our time.

Byrn is a regular contributor to Food52, the Southern Kitchen, and the podcast, Stuff You Missed in History Class, has been featured in People, The Washington Post, The New York Times, Los Angeles Times, and Southern Living, has appeared on Good Morning America, CNN, The Food Network and QVC, and has taught cooking classes across the country. She is based in Nashville.