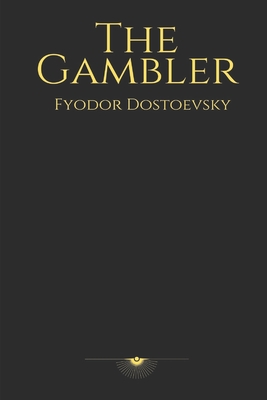 
Special Order - Usually Arrives in 1-5 Days
- This book cannot be returned
Fyodor Dostoyevsky, in full Fyodor Mikhaylovich Dostoyevsky, Dostoyevsky also spelled Dostoevsky, (born November 11 October 30, Old Style], 1821, Moscow, Russia-died February 9 January 28, Old Style], 1881, St. Petersburg), Russian novelist and short-story writer whose psychological penetration into the darkest recesses of the human heart, together with his unsurpassed moments of illumination, had an immense influence on 20th-century fiction. For several reasons, Dostoyevsky spent much of the 1860s in western Europe: he wanted to see the society that he both admired for its culture and deplored for its materialism, he was hoping to resume an affair with the minor author Appolinariya Suslova, he was escaping his creditors in Russia, and he was disastrously attracted to gambling. An unscrupulous publisher offered him a desperately needed advance on the condition that he deliver a novel by a certain date; the publisher was counting on the forfeit provisions, which would allow him nine years to publish all of Dostoyevsky's works for free. With less than a month remaining, Dostoyevsky hired a stenographer and dictated his novel Igrok (1866; The Gambler)-based on his relations with Suslova and the psychology of compulsive gambling-which he finished just on time. A few months later (1867) he married the stenographer, Anna Grigoryevna Snitkina. She at last put his life and finances in order and created stable conditions for his work and new family. They had four children, of whom two survived to adulthood.