Dethroning a Rogue Power: Why the Vatican must be denied membership and presence at the United Nations and in the world community (Paperback) 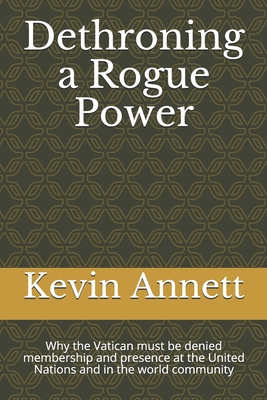 Dethroning a Rogue Power: Why the Vatican must be denied membership and presence at the United Nations and in the world community (Paperback)


Special Order - Usually Arrives in 1-5 Days
- This book cannot be returned
The Vatican Incorporated and the Church of Rome is a criminally convicted corporation that has killed more people than any institution in human history. Yet it is treated as a legitimate "nation" and offered the protection of the law and diplomacy in many countries and at the United Nations, despite its disqualification as a bona fide or lawful power. This book makes the argument for denying the Vatican any presence or membership at the United Nations, backed with the hard evidence of its crimes and illegitimacy. The author, Kevin Annett, led the first successful public prosecution of the Vatican under Common Law, and helped force the resignation of "Pope Benedict" in February, 2013. See www.murderbydecree.com .