The Spanish Flu A Story of A Death Machine: An Account of the 1918 Spanish Influenza that devastated the World and What we can learn from it today (Paperback) 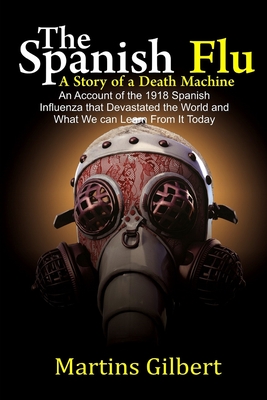 The 1918 Spanish Flu.
It came without warning, jumping from house to house; it attacked the rich, the poor and terrorized the World for months. It moved so fast that by the time people realized what was happening, it had gone on to the next County, State, Province, and Country. It bankrupted cities and took millions of lives around the World. It happened so fast and it killed so quickly than any of the great plagues of history. It was an epidemic that was hell-bent on stifling the economy and wipe out humanity from the surface of the earth. It killed over fifty million people between 1918 and 1920.This is the story of the Spanish Flu of 1918. Every year, influenza causes twenty thousand deaths in the United States alone. Flu viruses are always changing; that is why we have a new flu season every year. They are always mutating because we are not the only species that get infected; animals get infected, thereby giving them an avenue to mutate, and the chances of humans contracting these viruses from animals are high. But if a virus with the killing power of the Spanish flu appeared again, the speed of modern travel will produce a devastating death toll. It takes a ship a week to cross the Atlantic and two weeks to cross the Pacific, but we are hours away to get to any point on the globe now with Air travel. If anything like the Spanish flu explodes again, it will sweep around the world faster than it did in 1918. The question is, are we prepared? In this book you will get insights to: The origin of the Spanish Flu
The effect of the virus in American and Canadian Cities
How the virus spread around the world
Mistakes made during the outbreak that caused a lot of deaths.
How not to be caught off guard for the next big outbreak
and lots more Hit the BUY BUTTON to get this interesting book in your Library.