To the Lighthouse: Large Print (Paperback) 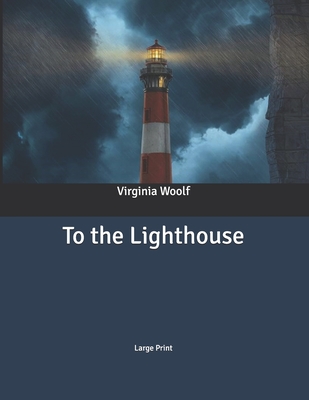 By Virginia Woolf
$9.99
Backordered
This book cannot be returned

'Yes, of course, if it's fine to-morrow, ' said Mrs Ramsay. 'But you'll have to be up with the lark, ' she added. To her son these words conveyed an extraordinary joy, as if it were settled the expedition were bound to take place, and the wonder to which he had looked forward, for years and years it seemed, was, after a night's darkness and a day's sail, within touch. Since he belonged, even at the age of six, to that great clan which cannot keep this feeling separate from that, but must let future prospects, with their joys and sorrows, cloud what is actually at hand, since to such people even in earliest childhood any turn in the wheel of sensation has the power to crystallize and transfix the moment upon which its gloom or radiance rests, James Ramsay, sitting on the floor cutting out pictures from the illustrated catalogue of the Army and Navy Stores, endowed the picture of a refrigerator as his mother spoke with heavenly bliss. It was fringed with joy. The wheelbarrow, the lawnmower, the sound of poplar trees, leaves whitening before rain, rooks cawing, brooms knocking, dresses rustling-all these were so coloured and distinguished in his mind that he had already his private code, his secret language, though he appeared the image of stark and uncompromising severity, with his high forehead and his fierce blue eyes, impeccably candid and pure, frowning slightly at the sight of human frailty, so that his mother, watching him guide his scissors neatly round the refrigerator, imagined him all red and ermine on the Bench or directing a stern and momentous enterprise in some crisis of public affairs. 'But, ' said his father, stopping in front of the drawing-room window, 'it won't be fine.' Had there been an axe handy, a poker, or any weapon that would have gashed a hole in his father's breast and killed him, there and then, James would have seized it. Such were the extremes of emotion that Mr Ramsay excited in his children's breasts by his mere presence; standing, as now, lean as a knife, narrow as the blade of one, grinning sarcastically, not only with the pleasure of disillusioning his son and casting ridicule upon his wife, who was ten thousand times better in every way than he was (James thought), but also with some secret conceit at his own accuracy of judgment. What he said was true. It was always tr.