The Problem of Philosophy (Paperback) 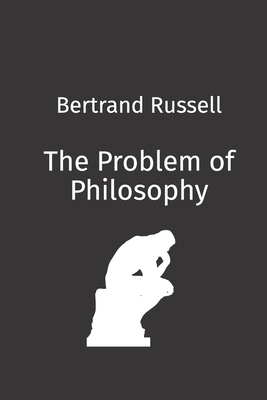 The Problem of Philosophy (Paperback)


Special Order - Usually Arrives in 1-5 Days
- This book cannot be returned
Bertrand Arthur William Russell (Trellech, May 18, 1872 - Penrhyndeudraeth, February 2, 1970) was a British logician, philosopher, mathematician and authoritative exponent of the pacifist movement. The Problems of Philosophy is a short and accessible guide to the classical and modern problems of philosophy . Focusing on problems that B. Russell believes will provoke a positive and constructive discussion, he deals with epistemological rather than metaphysical knowledge.Russell guides the reader through his well known distinction between direct knowledge and knowledge by description and introduces theories of Plato, Aristotle, Descartes, David Hume, John Locke, Immanuel Kant, Georg Hegel and others in order to lay down the foundations of philosophy and make them accessible for students and the general public.