Forty Reasons I Am a Catholic (MP3 CD) 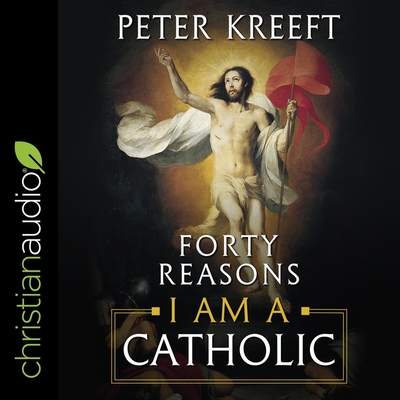 Forty Reasons I Am a Catholic (MP3 CD)


Availability to be confirmed
My title explains itself. But it's misleading. There are more than forty reasons. In fact, there are at least ten to the 82nd power, which, I am told, is the number of atoms in the universe. And that's just in ordinary matter, which makes up only 4.9% of the universe, the rest being dark matter and dark energy. Each of my reasons is an independent point, so I have not organized this book by a succession of chapters or headings. After all, most people only remember a few big ideas or separate points after reading or listening to a book. I've never heard anyone say Oh, that was a good continuous-process-of-logically-ordered-argumentation but I've often heard people say, Oh, that was a good point. Which takes me back to my main point: Why are you a Catholic? is a good question. A good question deserves a good answer. Here are forty of mine.