A Fool's Journey: Walking Japan's Inland Route in Search of a Notion (Paperback) 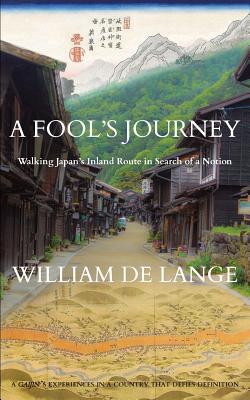 By William De Lange
$9.95
Usually Ships in 1-5 Days
This book cannot be returned

"I had been here before: I was going from being a mere 'interpreter' to being a 'cultural interpreter.' It was a dangerous path to tread."

Walking Japan's ancient inland route in search of a vague romantic notion, the author encounters a string of idiosyncratic characters, locals with a story to tell. Recording their stories, the author braids a travelogue deftly interwoven with his own experiences since he first set foot in Japan some thirty years ago.

At times hilarious, at times serious, at times moving, A Fool's Journey is an exploration of one of Japan's most scenic routes and its fascinating past. Above all, it is a gaijin's exploration into his relationship with a country that continues to defy definition.