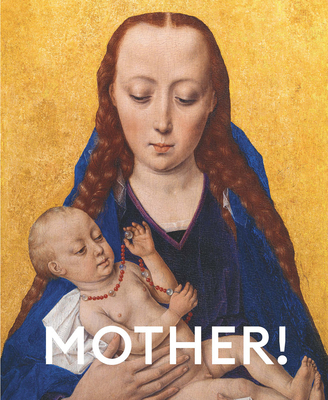 
On Our Shelves Now
The mother as motif in art and literature, from prehistoric fertility goddesses to the Madonna and Child and beyond
Ushering us into the world, our mother is our physical and cultural wellspring. Even if she is lost or absent, we are all sons and daughters. Throughout history and across cultures, the role of the mother has shifted, expanding at times and narrowing at others, as traditional family structures are by turns questioned and reinforced. This volume of art and literature on the many representations of the mother figure in art history ranges across religion, music, film and medicine. Excerpts, essays and poems by Marcel Proust, Maggie Nelson, Rachel Cusk, Lydia Davis, Gustave Flaubert, Sylvia Plath and Hans Christian Andersen meditate on motherhood alongside a wealth of visual material. Although the volume's main focus is on 20th-century and 21st-century art, Mother! Origin of Life reaches back through history to trace artistic motifs from the prehistoric era to Ancient Greece to the Renaissance, noting how contemporary artists continue to tap into such universal themes. Between more than 150 artworks, expert texts and a short anthology of motherhood in literature, this publication reveals how depictions of motherhood in the arts have been linked to broader cultural perceptions.
Artists include: Sophie Calle, Mary Cassatt, Rineke Dijkstra, Laure Prouvost, Frida Orubapo, Tracey Emin, Alberto Giacometti, Mary Kelly, René Magritte, Alice Neel and Pablo Picasso.