The Warm Breath of an Electric Pixie: A US road trip fuelled by tea (Paperback) 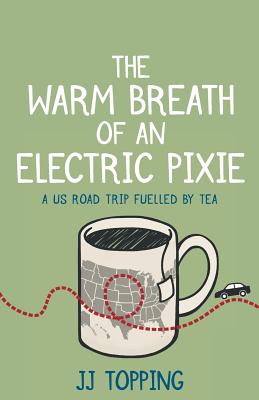 By Jj Topping
$13.99
Usually Ships in 1-5 Days
This book cannot be returned

Do you know what Americans do with Black and Tans and Irish Car Bombs? Did you know that the newly formed Republic of Texas went to war with itself over where to store its archives, that the official Centre of the World is on the border between California and Arizona, or that an American Civil War General's uniform was held hostage?
Liverpudlian JJ Topping and his Irish wife, ine Two, take three months to travel coast to coast from San Francisco to New York, via Key West. They encounter some of America's famed weird and wonderful roadside attractions, learn about some of its more quirky history, meet drinkers, hoteliers and snowbirds who voted both for and against Donald Trump, and discover coincidental connections between their own respective birthplaces and various towns and cities on route.
They also discover that for a tea drinker, a road trip across America is impossible without a kettle, unless English Breakfast or Earl Grey with more than a hint of coffee is acceptable. A small UK travel kettle is the only option but, as American electricity heats it with the warm breath of an electric pixie, making the morning brew becomes an endurance sport.