Gateway to Armenia: One diasporan's journey into the past and present (Paperback) 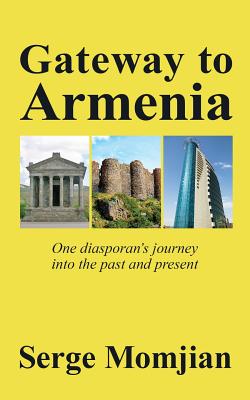 Gateway to Armenia: One diasporan's journey into the past and present (Paperback)

Haig Bedrossian, an American-Armenian journalist, has lived outside his ethnic community virtually all his life. It is not until he is in his thirties that he realizes his true self lacks Armenian identity, for which he feels a sudden twinge of guilt.

Shortly after a slow integration into his community and gaining a general understanding of Armenian history from the internet, he finds himself caught between two worlds, two different realities, and two conflicting sets of values: mainstream American and ethnic Armenian.

His first assignment is to visit the independent Armenia, where the private guided tours of historic sites and the discovery of the country's art treasures significantly increase Haig's knowledge of its rich culture, and engage him in a riveting conversation with his local guide about Armenia's turbulent past, its challenging present and the evolving, complex relationship between homeland and diaspora.