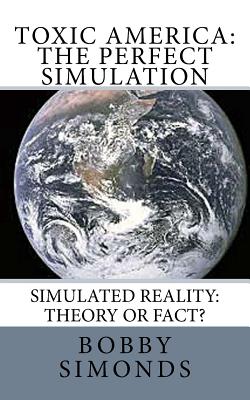 
Special Order - Usually Arrives in 1-5 Days
- This book cannot be returned
What many critics consider to be a conspiracy theory, seems more or less, to be conspiracy-fact. At first glance, some would consider this theory far-fetched. But the more you dig, and the whole becomes bigger, so does the idea of living in a Computer Simulation - a video game reality, if you may. This specific theory was first brought to light back in 2007, which people shook their heads, until theory had been proven to be factual. The numbers that are calculated within a computerized video game, are one in the same with our universal math. The system, the religious standpoint, and miraculous miracles, the corruption, the repeated faults of history... Well they tend to make perfect sense as a whole - in a simulated world, that is. What makes a perfect video game? Everything we already have to survive on this planet, that's what. Our planet has everything. Along with the strange anomalies that makes no sense to anyone. The good versus evil scenario is perfect for any video game; and we are the avatars for the "users" for this video game. The reason why we have yet to come to realize this concept, is that we're not supposed to. The few that are awakened are labeled as the crazies, or the conspirator's. If I were to guess, only 1-2 percent of the entire population are awake, and aware. We, as humans, see Earth as a way of life. Many hypothesize that we live in The Matrix - like the Movie, as far back as Aristotle. Perhaps Aristotle was on to something, along with all the others that believe this theory to be fact. Moreover, I don't think they didn't take it to the next step - it's a video game.