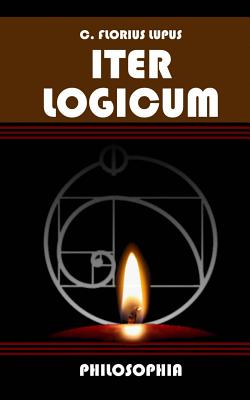 
Special Order - Usually Arrives in 1-5 Days
- This book cannot be returned
This book wants to break with the post-modern trends of relativism and irrationalism. To formally indicate this break it was written in Latin, not in English, the language of post-modernity. The principle idea of the book is that there is no such thing as an opinion (in the post-modern meaning); a statement is either true or false, correctly or incorrectly deducted. To every problem there is exactly one logical answer, even if the answer is that the data is inconclusive. But this too is a definite answer that has consequences. Logic and reason can show the solution to all conflicts. The same premises always lead to the same conclusions, if the logical inference rules are properly followed. If the conclusion is different and the logical deduction correct, the premises must have been different. Since premises are ultimately based on empirical observation, their truth value can easily be objectively verified. In case of a disagreement we only need to identify, which premises are different, exchange the available information and verify the data. Then the debate will be focused on the actual data in question instead of getting lost in rhetoric and personal attacks. It is the purpose of this book to show that there are easily understandable rules for the application of logic in daily life. The world is not too complex, as many post-modern scholars claim, to be accessible for human understanding. This book is not an exhausting collection of the rules of logic. Especially due to information technology and programming huge progress has been made in recent decades. The first part of the book should be understood as a handbook of the basic principles of logic that everybody, even non-experts, should be familiar with. For those who are interested in the details and mathematical proofs, additional literature will be necessary. The second part of the book is basically a modern version of Stoic practice. While the theoretical foundations of Stoicism have become obsolete by scientific advances, Stoic practice has remained relevant today. It is a very helpful tool to train the human mind for the applications of logic in daily life and in situations of crisis. Stoicism teaches us how to remain composed and serene, so that our decisions and actions are only determined by logic and no irrational impulses. In the tradition of the Stoic philosopher L. Aennaeius Seneca the book boroughs extensively from Epicurus to replace the obsolete theoretical foundations of Stoicism. But while for Epicurus there was no other pleasure than the absence of pain, practical logic recognizes the existence of positive goals in life. Iter Logicum brings back the philosophy of the ancient Western world. It shows the way out of the chaos of post-modern relativism and pessimism. It is a positive philosophy that shows that we are not lost in an ultimately incomprehensible world, where each individual only wants to be left alone with his own opinions about it. It shows that there is a common objective ground, which all intelligent beings can agree upon. And this common ground is logic.