The Way Back (Library Binding) 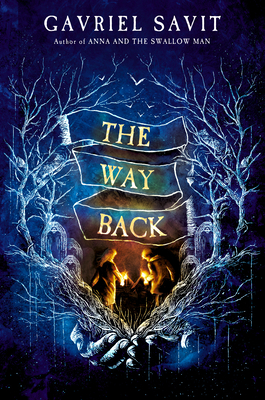 Perfect for readers of Neil Gaiman and Philip Pullman, a sweeping historical fantasy that follows two teens on a journey through the Far Country, a Jewish land of spirits and demons.

For the Jews of Eastern Europe, demons are everywhere: dancing on the rooftops in the darkness of midnight, congregating in the trees, harrowing the dead, even reaching out to try and steal away the living.

But the demons have a land of their own: a Far Country peopled with the souls of the transient dead, governed by demonic dukes, barons, and earls. When the Angel of Death comes strolling through the little shtetl of Tupik one night, two young people will be sent spinning off on a journey through the Far Country. There they will make pacts with ancient demons, declare war on Death himself, and maybe-- just maybe--find a way to make it back alive.

Drawing inspiration from the Jewish folk tradition, The Way Back is a dark adventure sure to captivate readers of Neil Gaiman's The Graveyard Book and Philip Pullman's The Book of Dust.

Gavriel Savit holds a BFA in musical theater from the University of Michigan in Ann Arbor, where he grew up. As an actor and singer, Gavriel has performed on three continents, from New York to Brussels to Tokyo. He is also the author of Anna and the Swallow Man, which the New York Times called "a splendid debut." Learn more about Gavriel on the Web at GavrielSavit.com.

“Lyrical and fantastic…. Steeped in the rich traditions of ghost stories and Jewish folklore, this remarkable feat of storytelling is sure to delight.” —Kirkus Reviews, starred review

“Savit builds the action with a storyteller’s assured cadences, creating a story rich in elements of Jewish folk tradition and flashes of both humor and the grotesque.” —The Bulletin, starred review

"This work of prodigious imagination is especially notable in its author’s uncanny ability to create a visceral suspense that captures readers’ attention and won’t let go as the pages fly by."—Booklist, starred review

“Savit crafts an absorbing fantasy and gives teens plenty to contemplate about life, love, storytelling, and family.” —The Horn Book