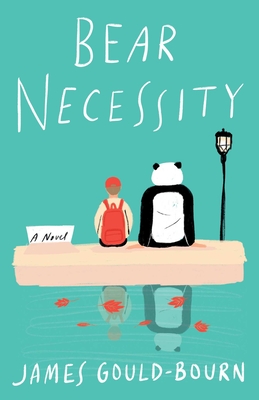 
Availability to be confirmed
A “refreshing” (Kirkus Reviews), unpretentious, and uplifting story about a father and son reconnecting and finding happiness in the most unlikely circumstances.

Danny’s life is falling apart. His eleven-year-old son, Will, hasn’t spoken since the death of his mother in a car crash a year earlier, and Danny has just been fired from his construction job. He’s behind on the rent and his landlord is threatening to break his legs if he doesn’t pay soon. Danny needs money, and fast.

After observing street performers in a local park, Danny spends his last few dollars on a tattered panda costume, impulsively deciding to become a dancing bear. While performing one day, Danny spots his son being bullied by a group of older boys. Danny chases them off, and Will opens up for the first time since his mom died, unaware that the man in the panda costume is his father. Afraid of disclosing his true identity, Danny comforts his son. But will Danny lose Will’s trust once he reveals who he is? And will he be able to dance his way out of despair?

Filled with a delightful cast of characters including Danny’s Ukrainian best friend Ivan, Bear Necessity is “a moving, sensitive story that is also very funny, and a perfect literary antidote to anxious, troubled times” (Shelf Awareness).
James Gould-Bourn is an award-winning screenwriter and novelist from Manchester, England. He is a graduate of Faber Academy’s writing course and Bear Necessity is his first novel. He lives in Malaysia.
"James Gould-Bourn’s novel is a comedy of sadness and dancing bears. That alone should convince you to pick up a copy, but I’ll add that it’s a delightful story about fatherhood and childhood. And dancing bears."
—Owen King, author of Double Feature

"Fast, fresh and very very funny. Moving effortlessly from comedy to poignancy, it's a story of joy, of connection and of the overwhelming resilience of the human spirit. Reading it made me want to dance. An absolute gem of a book."
—Katie Marsh, author of The Rest of Me

“Delightful… and heartwarming… a grounded confection with a heart of gold that’s ideal for fans of Nick Hornby.”
—Heather Booth, Booklist

“Gould-Bourn is a perceptive writer who has crafted a moving, sensitive story that is also very funny. Bear Necessity is a perfect literary antidote to anxious, troubled times.”
—Shelf Awareness for Readers

"A deeply comforting story... heartfelt themes and wit further elevate charming plot twists and a well-tuned cast of quirky, supporting characters who prove that the spirit of friendship can build bridges to greater understanding and brighter days. Gould-Bourn is a beautiful, perceptive writer who has crafted a moving, sensitive story that is also very funny. Bear Necessity is a perfect literary antidote to anxious, troubled times."
—Shelf Awareness

"Refreshing.... a well-written, speedy read that focuses on the love between a dad and his son and how it can lead to friendship."
—Kirkus Reviews