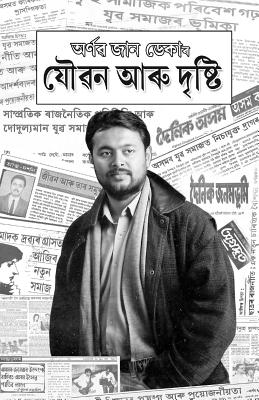 By Arnab Jan Deka
$5.39
Usually Ships in 1-5 Days
This book cannot be returned

A series of essays by a young college student published in leading newspapers depicting his ideas about the society at large and the challenges modern youth is facing in the rapidly materialistic world where support for elementary human values and wisdom are dwindling day by day. These essays reaffirm the conviction of humanity in eternal goodness that every young man and woman treasure in their hearts, and develops new areas of hope for a more humane future for the mankind.

Arnab Jan Deka is an award winning fiction story writer, novelist, columnist, scholar, mass communicator, TV and film actor, director, screenwriter, river engineer and eco-technocrat. He authored 149 books so far upto 2017, made several documentary films, wrote screenplay of several TV-series and acted in many. He has been acknowledged as the youngest among the top writers in India of the 20th century by the Government of India's apex literary body 'Sahitya Academy' by incorporation of his biography in the End-Century Edition of 'Who's Who of Indian Writers 1999'. He has been recognized as one of the top authors from Assam who has made it big outside the state. His novels have been adapted for mega TV series in Hindi and Assamese languages by India Government owned Doordarshan. His short stories have been incorporated as study materials in the syllabus of MA course by MS University in Tamilnadu, India.