THE ILLUSTRATED AL: The Songs of "Weird Al" Yankovic (Hardcover) 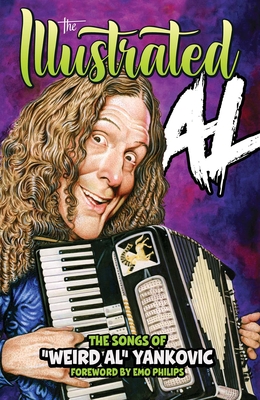 THE ILLUSTRATED AL: The Songs of "Weird Al" Yankovic (Hardcover)


Coming Soon - Available for Pre-Order Now
For Weird Al's graphic novel debut Z2 has gathered some of the top living cartoonists to express Al's “Yankovisions" visually with the new THE ILLUSTRATED AL: The Songs of “Weird Al” Yankovic graphic novel.

Winner of five Grammy Awards and 11 notations, “Weird Al” Yankovic has written some ALL of the greatest songs of both the 20th and 21st centuries.