A Girl Is A Body of Water (Paperback) 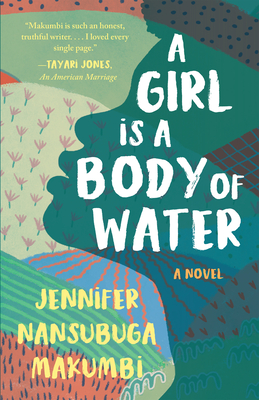 A Girl Is A Body of Water (Paperback)

“Makumbi is such an honest, truthful writer. . . . I loved every single page.” —Tayari Jones, author of An American Marriage


A Best Book of the Year at TIME; The Washington Post; O, the Oprah Magazine; BBC

Winner of the Jhalak Prize

In her thirteenth year, Kirabo confronts a piercing question: who is my mother? Kirabo has been raised by women in the small Ugandan village of Nattetta—her grandmother, her best friend, and her many aunts—but the absence of her mother follows her like a shadow. Seeking answers from Nsuuta, the local witch, Kirabo learns about the woman who birthed her, who she discovers is alive but not ready to meet. Nsuuta also helps Kirabo understand the emergence of a mysterious second self, a headstrong and confusing force inside her—this, says Nsuuta, is a streak of the “first woman”: an independent, original state that has been all but lost to women.

Kirabo’s journey to reconcile these feelings, alongside her desire to reconnect with her mother and to honor her family’s expectations, is rich in the folklore of Uganda and an arresting exploration of what it means to be a modern girl in a world that seems determined to silence women. Jennifer Nansubuga Makumbi’s A Girl is a Body of Water is an unforgettable, sweeping testament to the true and lasting connections between history, tradition, family, friends, and the promise of a different future.

Jennifer Nansubuga Makumbi is a recipient of the Windham-Campbell Prize and her first novel, Kintu, won the Kwani? Manuscript Project Prize in 2013 and was longlisted for the Etisalat Prize in 2014. Her story “Let’s Tell This Story Properly” was the global winner of the 2014 Commonwealth Short Story Prize. Jennifer lives in Manchester, UK with her husband and son.
Irresistible.
— The New York Times Book Review

A wonder—as clear, vivid, moving, powerful, and captivatingly unpredictable as water itself.
— Namwali Serpell, author of The Old Drift

At turns rapturous and devastating. . . . Makumbi's writing uplifts and inspires, evoking the grand tradition of folklore and stories passed down, one woman to the next.
— Refinery29

Makumbi’s rich language and detailed descriptions are a must-read.
— HelloGiggles

Kirabo's journey of self-discovery is at once inspiring and epic.
— PopSugar

A magnificent blend of Ugandan folklore and more modern notions of feminism. . . . This book is a jewel.
— Kirkus, Starred Review

With each new work, Makumbi cements her position as a writer of great influence in our time and for future generations.
— Booklist, Starred Review

This beautifully rendered saga is a riveting deconstruction of social perceptions of women’s abilities and roles.
— Publishers Weekly

Bewitching. . . . Jennifer Nansubuga Makumbi is a mesmerizing storyteller, slowly pulling readers in with a captivating cast of multifaceted characters and a soupçon of magical realism guaranteed to appeal to fans of Isabel Allende, Julia Alvarez, or Yaa Gyasi’s Homegoing.

Superb. An intoxicating tale that combines mythic and modern elements to make the headiest of feminist brews.
— Irenosen Okojie, author of Nudibranch

In her characteristically page-turning and engaging style, Makumbi lays bare the complex power dynamics of patriarchy, capitalism and neocolonialism, not through academic jargon but via that most effective tool of education—storytelling. An achingly beautiful tale.
— Sylvia Tamale