Step Into the Circle: Writers in Modern Appalachia (Paperback) 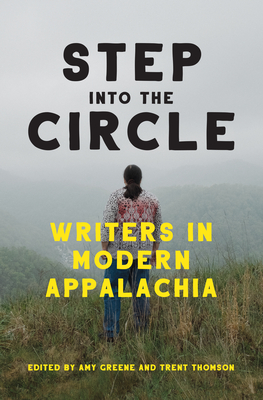 Step Into the Circle: Writers in Modern Appalachia (Paperback)


On Our Shelves Now
In this beautiful book of photographs and short essays, some of Appalachia's best-known writers profile each other and the place they call home. Edited by Bloodroot novelist Amy Greene and her husband Trent Thomson, this book also features Wendell Berry, Lee Smith, Crystal Wilkinson, Ron Rash, Wiley Cash, Silas House, Jason Kyle Howard, Adriana Trigiani, and others. Part photo book, part essay collection, and all praise for the mountains and valleys of the region, this book collects some of the region's greatest literary treasures for a generation of readers.
Amy Greene's first novel Bloodroot was a New York Times and national bestseller. In 2010 Greene won the Weatherford Award for Appalachian Fiction. Her second novel Long Man was a Washington Post Top Book of the Year. In 2016 Greene won the Willie Morris Award for Southern Literature and was inducted into the East Tennessee Literary Hall of Fame. Her essays have appeared in the New York Times and Glamour magazine, among other publications. Greene has lectured and conducted workshops across the country. Greene is cofounder of Bloodroot Mountain, a nonprofit organization based in the foothills of the Smoky Mountains. Trent Thomson is cofounder of Bloodroot Mountain, a nonprofit organization based in the foothills of the Smoky Mountains. He holds a MA in Literature and Theology from the Sewanee School of Letters. His 2015 thesis was titled "Living in Lectio: Praying with Their Pens." Thomson edited A Week in Waiting, a collection of poems by Fr. Anthony Delisi, a Trappist monk. He has published scholarly work on Thomas Merton and Wendell Berry on their shared sacramental worldview.