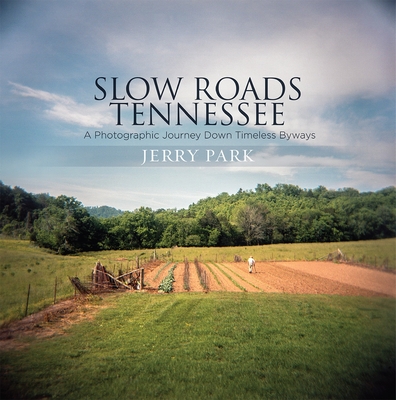 
On Our Shelves Now
Travel 20 - 25 miles away from the four urban centers of Tennessee and you'll see pretty much what you might have seen 50 or 75 years ago. Or even longer. Both the people and the scenery reflect the deep goodness and honored customs that have imbued this land for generations. Slow Roads Tennessee captures that essence in image and word. In order to portray the timelessness of the countryside, the artist stayed off the main roads and used a $25 plastic film camera with its inherent light leaks, soft focus, and dark corners, similar in look to cameras from another time. Two years and almost 11,000 slow road miles in the making, Park selected a single photograph from each of the state's 95 counties. He then composed short stories and a couple of poems that accompany 17 of the images that seemed to have something extra to convey. A warm, traditional, and reflective treasure of Slow Roads Tennessee.