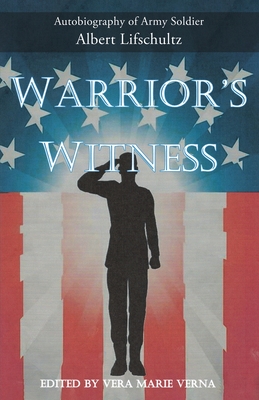 As a young, 17-year-old soldier, Albert Lifschultz was on his way to Bastogne to support the Battle of the Bulge during World War II. After he successfully parachuted with his company, he stepped on a land mine while on the march to Bastogne.

Wounded, blinded, and bleeding out, was discovered by a German company on their way to Bastogne as well, bayonetting all prisoners, especially those mortally wounded.

Warrior's Witness is a true story about a man, who was able to survive atrocious mental and physical wounds by trusting in His Lord to protect him all the days of his life.

Albert Lifschultz, a decorated and honored veteran of three wars, is a witness to the inherent sanctity of life. He extends an invitation to others who have also been mortally wounded mentally, or physically from abuse, or have experienced war, to read his story in hopes that they find healing as well.