Around the world in Seventy Years: Decamping Communism for the other side of the Iron Curtain (Hardcover) 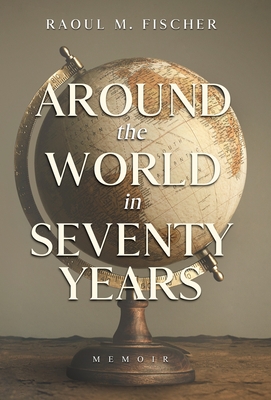 By Raoul M. Fischer
$24.99
Usually Ships in 1-5 Days
This book cannot be returned

The author goes into a brief history of his own family to explain the environment he grew up in. Various turmoils in Europe, culminating with WWII, brought communism to Yugoslavia, where he grew up and worked for several years.

He gives us some ideas why people tried for years to crawl from under the Iron curtain imposed by The Soviet Union, and escape to the West. He later joined an American corporation and worked in Western Europe, the Far East and The United States and shares with us some insights in the countries, his experiences in working within different systems, as well as some personal vignettes about people and places he has encountered.

Raoul Fischer grew up in Zagreb, on the East, the communist side of the Iron Curtain. He graduated, as an electrical engineer, from the University of Zagreb. His career in computers started with IBM, and shortly after, he joined Sperry Univac, where he stayed until retirement.

He worked all over the world in general and marketing manager capacities, and twice had a responsibility for hardware and software development.

Today, he lives with his spouse Taisa, between Pennsylvania and Florida, and still travels extensively, Chinese virus permitting.