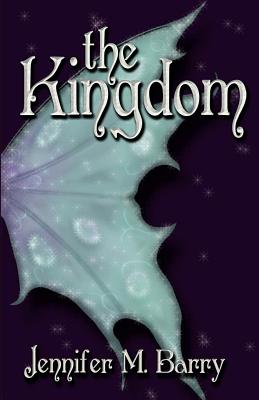 
Special Order - Usually Arrives in 1-5 Days
- This book cannot be returned
Trapped on Earth since the fall of Lucifer, Prince Rioghan has left thousands of broken hearts in his wake, and he wants Lily's to be the next. His father, the High King of Fairies, expects Rioghan to behave like the royal he is, but the challenge Lily presents is too inviting. Accustomed to living in her famous mother's shadow, Lily guards her heart behind a prickly exterior. The harder she resists, the faster he falls, until she becomes the very center of his existence.When Rioghan chooses love over the power of the throne, he infuriates his father and upsets the age-old balance between good and evil. A battle is coming--a fight to the death for true love, honor, and The Kingdom.
Jennifer M. Barry knows she's in trouble when people use her whole name, so just Jen is fine. In addition to writing and editing, she loves to drink coffee, consume entirely too much Cherry Garcia, laugh at herself on her blog, and watch live music. Jen lives in Nashville with her husband, Liam. They are serial renters who can't commit to anything except each other and a yearly trip to Ireland.