Finding Myself Lost: My Life in Lostprophets (Quick Reads) (Paperback) 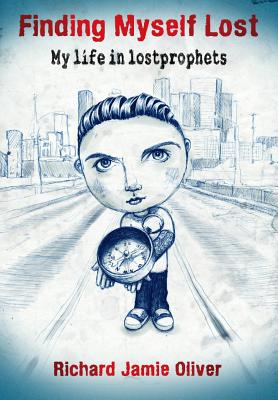 In the summer of 2000 Richard Oliver, better known as Jamie, was making a name for himself as an artist and running his own print business. Then one day he announced, 'Hey, Dad, I've decided to join a band.' Following every young man's dream, he bought himself a set of turntables and a week later played his first show with Lostprophets. His friend, the band's lead singer Ian Watkins, asked him to join them in the studio -- and soon he was on tour. Told they would never sell more than 4,000 records, the Pontypridd band released their first album to great success. More than a decade and millions of record sales later, Lostprophets continue to be one of the UK's most successful rock bands. With five best-selling albums and numerous awards to their name, they sell-out tours all over the world. In Finding Myself Lost Richard reveals what really goes on behind the scenes on the road, how he has learnt to deal with fame and success and reflects on his own personal growth along the way.