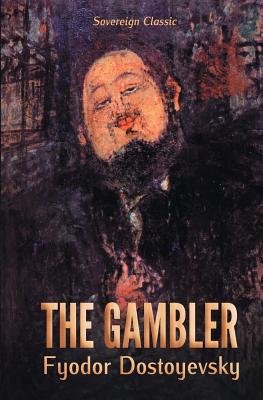 
Special Order - Usually Arrives in 1-5 Days
- This book cannot be returned
Dostoyevsky's own passion for gambling lays in foundation of this novel. He first gambled at the gaming tables at Wiesbaden and later, when his passion for gambling subsided, he played at Baden-Baden, often beginning by winning a small amount of money and losing far more in the end. Using his future work as collateral with his publisher in exchange for cash he was eventually given a final deadline to complete the novel or sell the rights to all his work in the next nine years. So great was the pressure that Dostoyevsky was only able to finish the novel on time using one of the very first stenographers in Russia and his wife-to-be, Anna Grigorievna. 'And I believed in my system ... within a quarter of an hour I won 600 francs. This whetted my appetite. Suddenly I started to lose, couldn't control myself and lost everything. After that I ... took my last money, and went to play ...' - From Dostoyevsky's letters to his brother Mikhail.
Born in Moscow in 1821, Foydor Dostoyevsky is considered to be one of the greatest and most prominent psychologists in world literature. Dostoyevsky was incarcerated in 1849 for being part of the liberal intellectual group the Petrashevsky Circle. He also suffered from an acute gambling compulsion. Crime and Punishment was completed in a mad hurry because he was in urgent need of an advance from his publisher. Motivated by the dual wish to escape his creditors at home and to visit the casinos abroad, Dostoyevsky travelled to Western Europe in 1862. He visited France, Germany, Switzerland, Italy, and England. In London he attended the 1862 World's Fair and had a first-hand look at the Crystal Palace, the architectural wonder of the age. The image of the Crystal Palace, which for progressive critics symbolized the dawning of a new age of reason and harmony, was to loom large in Dostoevsky's works to come, especially Notes from Underground and Crime and Punishment. Reviews '...the only psychologist from whom I have anything to learn' - Friedrich Nietzsche 'Dostoevsky gives me more than any scientist, more than Gauss' - Albert Einstein 'Russia's evil genius' - Maxim Gorky