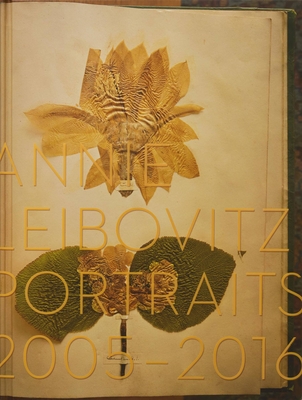 By Annie Leibovitz (By (photographer)), Alexandra Fuller (Contributions by)

Influential photographer Annie Leibovitz presents her remarkable portraits in this re-issue of her acclaimed and bestselling collection. Including never-before-published photographs, an essay by Alexandra Fuller, and an afterword by Annie Leibovitz

Annie Leibovitz: Portraits 2005-2016 is the photographer's follow-up to her two landmark compilations, Annie Leibovitz: Photographs, 1970-1990 and A Photographer's Life, 1990-2005. For this collection, Leibovitz has selected the best and most representative portraits from her work between 2005 and 2016. The pictures document contemporary culture with an artist's eye, wit, and an uncanny ability to personalize even the most recognizable and distinguished figures.

Annie Leibovitz is one of the most influential photographers of our time. Her career spans nearly five decades, starting in 1970, when she began creating what became her legendary work for Rolling Stone. Since the 1980s, she has expanded her repertoire at Vanity Fair and Vogue and in independent projects. She is the recipient of many honours, including being named a Living Legend by the Library of Congress.

Alexandra Fuller is a prize-winning writer, whose memoirs Don't Let's Go to the Dogs Tonight and Leaving Before the Rains Come have met with public and critical acclaim. Her articles and reviews have appeared in numerous publications, including The New Yorker, Granta, The New York Times, Guardian, and National Geographic.

"Whether she's photographing the famous and powerful - or simply the woman next door - Annie always captures something unexpected and deeply personal."—Oprah Winfrey

"Getting your photograph taken by Annie is one of the great totems of success in America."—Graydon Carter, Editor-in-chief, Vanity Fair

"Annie Leibovitz is one of the most aesthetically gifted photographers alive."—Guardian

"Her pictures are consistently great. They unerringly capture the zeitgeist."—Paul Roth, director of the Ryerson Image Centre

"Leibovitz is not simply among our foremost image-makers. She has essentially created a new form of portraiture for our time."—Sherri Geldin, director of the Wexner Center for the Arts

"[Leibovitz] has a way of turning the zeitgeist into works of high art."—UrbanDaddy

"With more than 150 pop culture favorite subjects, this volume of striking portraits documents contemporary culture with an artist's eye and wit." —Society Diaries

"...The latest book to commemorate her astonishing career." —Publishers Weekly

"Iconic is an overused word, but it feels apt when describing the globally recognisable, influential, and compelling images of photographer Annie Leibovitz. Now, in a luxurious new compendium, her last decade of work is showcased in all its glory... The book is a who's who of the relevant and revered." —Red

"Formidable in its breadth, and its weight... This is Leibovitz in excelsis: movie and music stars, politicians and power brokers; the inevitable nudes - Lady Gaga splayed over a bed, and a rather simian Jeff Koons admiring himself in a mirror; as well as a panoply of less familiar characters and still-lifes from her Pilgrimage series of objects and places with historical resonance. It is a record not only of Leibovitz's life as a photographer over 11 years, but of American life... In her new book, the Hollywood glitz gives way to more contemplative pictures of artists, painters and musicians."—Daily Telegraph Magazine

"[Leibovitz] gets to photograph everyone. And we mean everyone... Here are the great and the good... These portraits are acts of collaboration. She and her subject are telling us stories."—The Herald

"Breathtaking... Leibovitz has produced compelling images that are a subtle combination of staged and relaxed."—The Lady

"The extraordinary work of one of the most celebrated celebrity photographer of all time... Uniquely captivating photos."—Parade Online

"Witty, personal and always unique, Leibovitz has a career of capturing iconic people... A majestic who's who of the last decade."—The Essential Journal

"Not only are the photos in Leibovitz's book of portraits stupendous among themselves but so is the book itself. It is no exaggeration to say that the finest portrait photographer of our time is all of that because she is a wise artist first and a photographer second."—Buffalo News

"An anthology of the globally glamorous... Leibovitz often approaches her subjects with a theatrical élan which is positively baroque... She does what painters once did: creates a stunning public image for the great and celebrated."—Spectator

"For those not familiar with Annie Leibovitz, she has probably photographed every well-known person in the world. These range from those well known in certain circles, such as myself, to the extremely famous. She made her mark with Rolling Stone magazine, and later Vanity Fair. Once I was privileged enough to be photographed by her - in New York's Central Park at 8 o'clock one morning with some pigeons on my head! She was so organised; she had a pigeon trainer, an Airstream, 500 coloured balloons, three bicycles, four vintage cameras and, just in case, a wardrobe for 40 people - all Paul Smith of course. It worked out really well. When we were asked if we could support the launch of her new book, which covers her work from 2005 to 2016, obviously we were really pleased as it just fits in exactly with what a lot of my customers like. It was a big privilege. What she's so clever at is making people relaxed and chatting away, and then just capturing the moment. There are a lot of portrait photographers out there, but she just has that way of catching a yawn, or a sleepy or doleful eye. She's just good at what she does."—Paul Smith, TheWeek.co.uk

"Masterly... Leibovitz's latest 'revelations' are of the caliber one would only expect from a woman the Library of Congress named a 'living legend'."—The New York Times Book Review

"Leibovitz has shot the great, good and no-so-good in the world of music, movies, politics and business... Yet it's the more intimate and straightforward portraits that have the most enduring appeal... The masterful lighting, framing and visual fireworks remind us of why she is such a legend."—Amateur Photographer

"Annie Leibovitz's photographs have captured some of the most influential people of our time. See through her eyes in this collection of portraits depicting Kanye West, Queen Elizabeth, and more." —Elle Online

"There's no doubt the collection of photographs in Annie Leibovitz: Portraits 2005-2016 is gorgeous." —POPSUGAR