Akkadian Empire: A History From Beginning to End (Paperback) 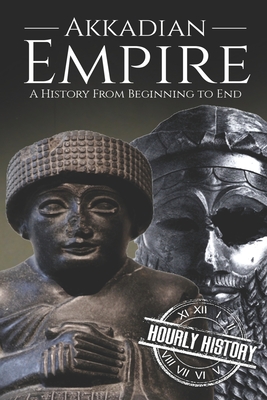 Akkadian EmpireThe Akkadian Empire was one of the first empires in human history and certainly the first to involve the central government of a large, multi-ethnic populace. It also introduced things like the very first postal system and facilitated advances in science, art, and medicine. The heart of the empire, the city of Akkad, became the most important trading center in the ancient world and one of the largest cities in the world. Then, in a relatively short time, the empire disintegrated, and the city itself was abandoned. Now, we don't even know where the city of Akkad was located. How is this possible? How could an empire which controlled most of the civilized world suddenly fall apart? Successors of the Akkadians thought that they had the answer. Many texts from the Babylonians and others talk of the Curse of Akkad, a curse placed on the empire after its king offended the gods which led to its destruction. For thousands of years, historians assumed that the story of the curse was nothing more than a quaint legend. However, modern research shows that the Akkadian Empire was most likely destroyed by a cataclysmic change as a result of sudden and unprecedented climate change. Inside you will read about...✓ Origins: The Black Heads and King Sargon
✓ Palace Conspiracies and Assassinations
✓ Naram-Sin and the Curse of Akkad
✓ The 4.2 Kiloyear Event
✓ The Fall of the Akkadian Empire
✓ The Search for Akkad
And much more In little more than two hundred years, the Akkadian Empire rose from nothing to become the most important and powerful empire in the world, and then went back to obscurity. This is the story of the rise and sudden fall of the Akkadian Empire.