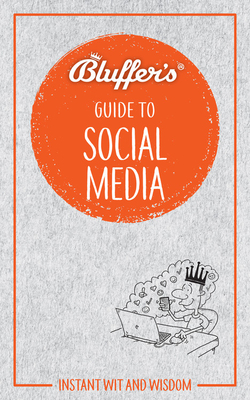 Instantly acquire all the knowledge you need to pass as an expert in the world of social media. Know what to say, what not to say, what to post, what not to post, and what excuses to make if you don’t know the difference between a tweet and a dweet, or even a retweet (which, any tweeple worth their salt will know is always called an RT). Never again confuse a LOL with an ROFL, a selfie with a shelfie, or Godwin’s Law with the Streisand Effect. Bask in the admiration of your fellow social media aficionados as you pronounce confidently on the chances of Facebook going the way of Friends Reunited and Bebo, and why MySpace could be the Casio keyboard of the 21st century. Above all don’t hold back when it comes to saying what you really think of trolls, pointing out that there has never yet been one who had a healthy mental attitude, a steady job and the requisite intelligence to write anything worth reading.

Susie Boniface is a well-known writer and journalist who used to write an anonymous blog under the pseudonym Fleet Street Fox. She still does, but it’s no longer quite so anonymous since she decided to out herself as a national newspaper reporter. She has survived working in most places in Fleet Street as both staff and freelance - news agencies, broadsheets, tabloids, daily and Sunday papers. She wrote a book entitled The Diaries of a Fleet Street Fox, about the sex and scandals the newspapers don’t report. It was described by leading broadcaster Jeremy Vine as "The first book I've read that starts at 90mph and speeds up." In her spare time, she lectures in journalism at several universities, and tries unsuccessfully to curb her weakness for Jaffa cakes. She’s a big fan of Bluffer’s Guides "because they usually turn out to be right"