With the Spanish Against Napoleon: the Peninsular War experiences of a British Officer (Paperback) 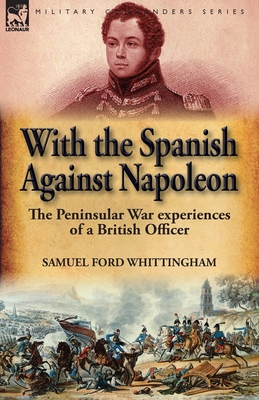 With the Spanish Against Napoleon: the Peninsular War experiences of a British Officer (Paperback)

Given the number of British troops involved in the Peninsular War it is, perhaps, unsurprising that there are many accounts and histories of the war in Spain and Portugal from a British perspective. The Duke of Wellington, one of greatest military figures in British history, became famous in Iberia and his success there helps give the impression that the war was a 'British Affair'. Spain itself fought a war of pitched battles and guerilla actions to liberate itself for which British writers have, in general, been inclined to give it little credit. On the battlefield, the Spanish occasionally prevailed, but mostly fared little better than the armies of other European nations against Napoleon's French forces. This book focusses on the war Spain fought against Napoleon and the principal character of this book, whose fascinating career appears regularly in histories of the war. Samford Whittingham was a liaison officer with the Spanish Army. He was present with Spanish forces during several of its most notable engagements. He also trained and led a superb body of Spanish troops on the British model, 'the Majorca Division', which became highly regarded by Wellington. Whittingham was present at Buenos Ayres during the disastrous South American venture, at Medellin, Talavera (where he was wounded), Barrosa, and Castalla making this account, especially concerning the campaign in Andalusia and upon the Spanish eastern flank, essential for all students of this war who require a broader understanding of its less reported theatres.