On the Shortness of Life (Paperback) 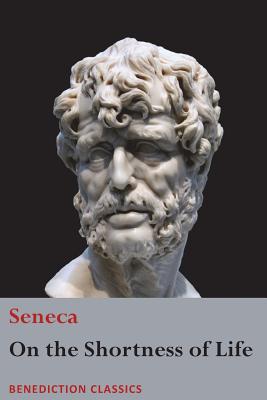 On the Shortness of Life (Paperback)

"So it is: we are not given a short life but we are wasteful of it... Life is long if you know how to use it."

"But life is very short and anxious for those who forget the past, neglect the present, and fear the future."

"We must indulge the mind and from time to time allow it the leisure which is its food and strength."

"Often a very old man has no other proof of his long life than his age."

On the Shortness of Life is Seneca's best-known work. It offers piercing and profound insights into human nature, and a vision of the good life, summarised in his aphorism, "Life is long, if you know how to use it." Seneca elucidates many of the principles of modern productivity manuals, including the wise valuing of time:

"People are frugal in guarding their personal property; but as soon as it comes to squandering time they are most wasteful of the one thing in which it is right to be stingy,"-

living in the present:

"The greatest obstacle to living is expectancy, which hangs upon tomorrow and loses today,"

"There is nothing the busy man is less busied with than living,"

and rest and recreation:

"We must go for walks out of doors, so that the mind can be strengthened and invigorated by a clear sky and plenty of fresh air. At times it will acquire fresh energy from a journey by carriage and a change of scene, or from socializing and drinking freely."

Lucius Annaeus Seneca (4 BC - AD 65), also known as Seneca the Younger, was a Roman philosopher, statesman and dramatist. He was the leading intellectual in the mid-first century and was a trusted advisor to the Emperor Nero. Seneca's books are among the most important primary texts of Stoic philosophy. His literary style and ideas were renowned and influential in his time, and ever since. The reformer Calvin published a commentary on one of Seneca's works, while the Catholic philosopher, Erasmus, edited a volume of Seneca. In today's uncertain world, there is a resurgence of interest in Stoic philosophy and Seneca's body of work.

The Shortness of Life, a brief, accessible and carefully argued guide to a wise and full life is an essential classic.

Stoic philosophy is, above all, practical. It uses reason and the careful observation of human life to address the problems of daily life. It is also universal-the emperor Marcus Aurelius and the freed slave Epictetus were both prominent Stoic philosophers. In recent years, Stoic philosophy has provided invaluable life lessons to people in all spheres of life including prisoners of war and Holocaust survivors, psychiatrists, and those in the business world. Indeed, modern Stoic thought "hold s] fascinating promise for business and government leaders tackling global problems in a turbulent, post-recession slump," (Forbes).