You Should Be Dancing: My Life with the Bee Gees (Paperback) 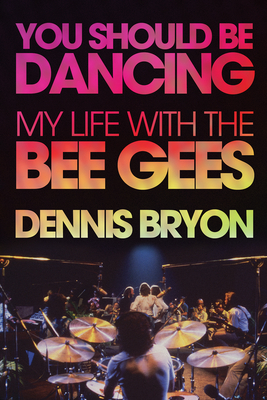 From behind the drumkit to the top of the charts: the backstage story of the Bee Gees With worldwide sales of over 220 million records, the Bee Gees are the sixth-best-selling music artists in history. Dennis Bryon's story of how he became the Bee Gees' drummer during their peak period offers many never-before-told tales about such infectious hits as "Stayin' Alive," "How Deep Is Your Love," and "Night Fever." From Dennis's beginnings in a Welsh band to his crucial role in the superstar group, You Should Be Dancing reveals unforgettable stories of his encounters with many famous musicians, including the Bee Gees themselves, Andy Gibb, Michael Jackson, Jimi Hendrix, and Olivia Newton-John. Illustrated with Bee Gees photographs and ephemera, Bryon's memoir takes Bee Gees fans and music enthusiasts alike on one of the wildest rides in pop history.

Dennis Bryon is the acclaimed drummer who first tasted success with Amen Corner, the celebrated Welsh rock band that had six hits in the U.K., including a number one. In 1973, Dennis joined the Bee Gees and played drums on nine #1 singles and on the 40-million-copy album Saturday Night Fever. Dennis lives in Nashville, Tennessee.