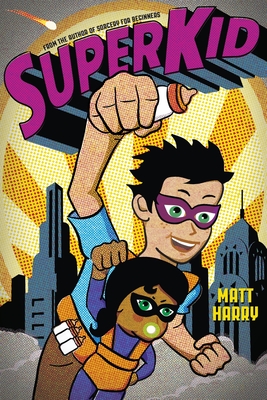 Being a big brother sucks. But it's worse when your baby sister has superpowers.

Robbie Rampino knows this firsthand. As a seventh-grade comic book fan, he's psyched to discover his step-sister Val can control her electromagnetic field. He starts using her ability to help people, only to find himself clashing with Internet trolls, the department of Homeland Security, and his own family. At least no one knows his true identity - for now.

But when Robbie realizes baby Val's powers were engineered by someone, he sets off on a dangerous mission to unmask the villain and bring them to justice, hopefully by nap time.

From the bestselling author of SORCERY FOR BEGINNERS and CRYPTOZOOLOGY FOR BEGINNERS comes this hilarious, action-packed novel about new siblings, Internet fame, and the weird problems that don't get mentioned in other superhero stories.