Stolen by the Shadow King (Hardcover) 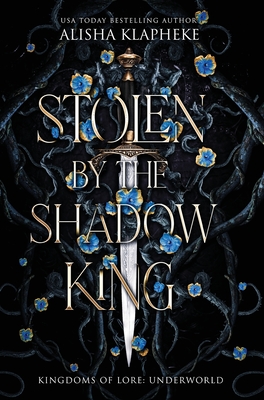 Stolen by the Shadow King (Hardcover)

The Dark Elf King of the Underworld. The mortal witch who stole his heart. A love story turned legend.

When the vicious king of the shadow elves drags Maren to the Underworld and claims her as his fated mate, she fights to escape.

But when Maren learns she is the legendary seer of the Underworld, everything changes. She discovers a magical poison spreading, and the only way to save both realms from complete destruction is to bind her power with the king's to heal the land through their union.

Maren isn't heartless. Of course, she'll sacrifice herself to save her beloved family and the world. And her feelings for the protective, mercurial shadow king are changing...

When another shadow lord steals the key to the king's power and demands Maren's hand in marriage, she realizes what evil truly looks like in the Underworld.

Now, she must either fight alongside the king and hope they don't run out of time to save the realms, or surrender to the evil lord and stop the poison's spread before it's too late.

Maren can still save the realms, but it will require a true sacrifice of the heart.

If you like steamy-sweet, enemies to lovers fantasy romance loosely inspired by Hades and Persephone, the lovely country of Wales, and the ancient versions of Beauty and the Beast with brooding love interests, feisty female leads, an enemies to lovers angle, and powerful friendships, this book is for you.

*Perfect for Elise Kova, Sarah J. Maas, and Jennifer L. Armentrout fans, this novel is set in the same world as Kingdoms of Lore and Dragons Rising, but readers can easily start with this book. Scroll up and buy today