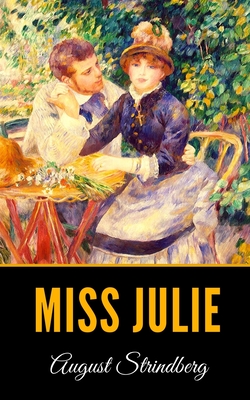 
Backordered
- This book cannot be returned
The years 1886-90 became the period during which Strindberg attained the highest peaks of his work with his autobiography, "The Servant Woman's Son," the tragedies, "The Father," and "Countess Julie," the comedies, "Comrades," and "The Stronger," and the tragi-comedies, "The Creditors" and "Simoon." Of these, "The Father" and "Countess Julie" soon made Strindberg's name known and honored throughout Europe, except in his home country.
Of his choice of theme in "Countess Julie," Strindberg says: "When I took this motive from life, as it was related to me a few years ago, it made a strong impression on me. I found it suitable for tragedy, and it still makes a sorrowful impression on me to see an individual to whom happiness has been allotted go under, much more, to see a line become extinct." And in defence of his realism he has said further in his preface to "Countess Julie" "The theatre has for a long time seemed to me the Biblia pauperum in the fine arts, a bible with pictures for those who can neither read nor write, and the dramatist is the revivalist, and the revivalist dishes tap the ideas of the day in popular form, so popular that the middle class, of whom the bulk of theatre-goers is comprised, can without burdening their brains understand what it is all about. The theatre therefore has always been a grammar school for the young, the half-educated, and women, who still possess the primitive power of being able to delude themselves and of allowing themselves to be deluded, that is to say, receive illusions and accept suggestions from the dramatist.