A Bunny Named Barnaby: It's a Bun Life (Hardcover) 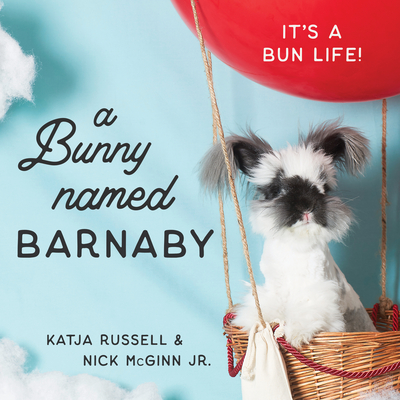 A Bunny Named Barnaby: It's a Bun Life (Hardcover)

Eating bananas, hopping around the house, hanging out with his big brothers, begging the humans (mom and dad) for treats, and going on amazing adventures, these are a few of his favorite things.

Barnaby, known as the happiest bunny in the world, is an adorable Angora rabbit who was rescued, and now gets to live an amazing cage-free life with his humans in Nashville, Tennessee. Whether chilling out in the cool breeze atop the air vents, or munching on his favorite food, bananas, Barnaby is living the bun life.

Barnaby has charmed fans across the Internet with more than 24,000 Instagram followers. He has also been featured in videos by popular animal and animal rights online publication, The Dodo. Barnaby's videos have received more than 80,000 views.

Join the adorable Barnaby on his furtastic adventures in It's a Bun Life. In the vein of social media pet sensations Doug the Pug, and Grumpy Cat, A bunny named Barnaby will steal the hearts of every human to lay eyes on this beautifully photographed bunny adventure